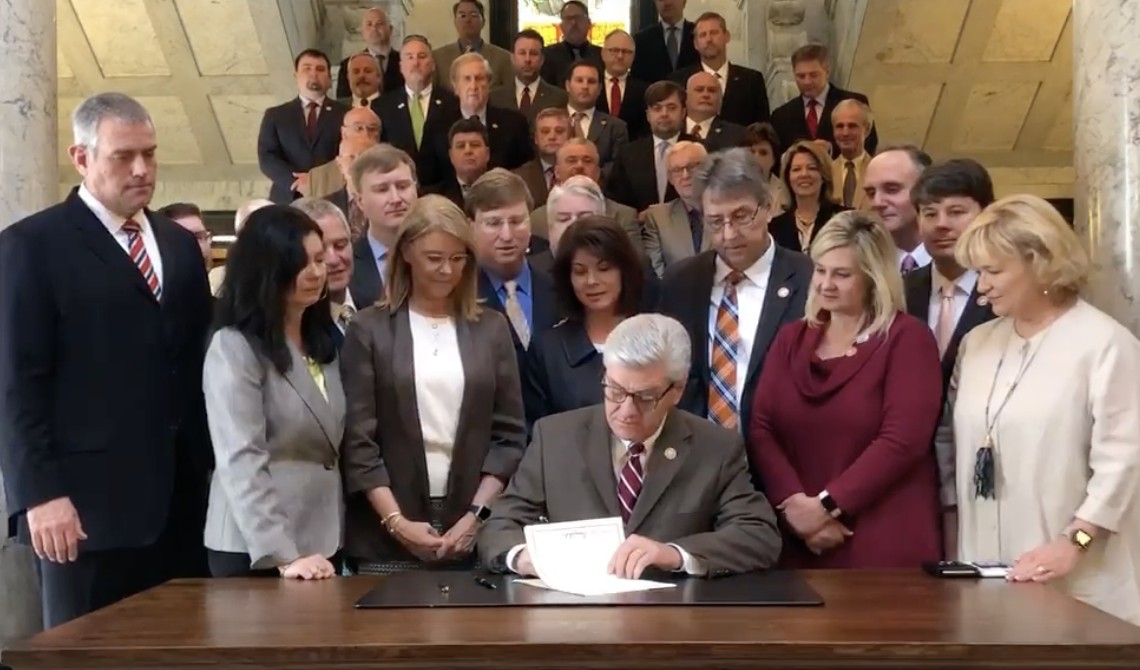 An activist group is suing the state in an effort to block the recently signed ‘heartbeat bill’.

The Center for Reproductive Rights has announced that they are taking legal action to challenge the new law that would prohibit an abortion in Mississippi as soon as a fetal heartbeat is detected, which is typically around six weeks.

FILED: We’re challenging a 6-week abortion ban in Mississippi. We blocked the state’s 15-week ban just months ago, & they responded by passing an even more extreme version.

Plain and simple: this is unconstitutional. We’ll keep taking them to court until they get the message. pic.twitter.com/WThC0q3VYA

After the bill passed, the CRR sent a letter to Governor Bryant asking him to veto the bill, stating that most women don’t know that they are pregnant when a heartbeat becomes detectable.

“This law would ban abortion before most women know that they’re pregnant. Already, Mississippi has a slew of abortion restrictions and only one abortion clinic, making it nearly impossible to access abortion before six weeks of pregnancy,” the letter stated.

The clinic referenced by the CRR is the Jackson Women’s Health Organization. Its Director, Shannon Brewer, said that women in Mississippi won’t have a chance to choose if the law goes into effect.

“Six weeks of pregnancy is just two weeks after the average woman misses her period,” Brewer said “Nearly all of the patients we provide abortion care for are past 6 weeks pregnant. Many have spent weeks saving up the money for an abortion and have traveled hundreds of miles to get to our clinic. If this law takes effect, those women won’t have a chance.”

While the bill has caused controversy, Governor Bryant has supported the legislation each step of the way. After the CRR called for him to veto the bill, he responded to them on Twitter.

“We will all answer to the good Lord one day. I will say in this instance, “I fought for the lives of innocent babies, even under threat of legal action,” the Governor tweeted on March 20th.

The Governor signed the bill last week, and it was set to go into effect on July 1st.

As they mentioned in their announcement, the CRR is the same organization that challenged the 15-week abortion ban that was passed and signed into law in 2018.

A federal judge ruled that the law “unequivocally” violated the 14th amendment and ruled the law to be unconstitutional. The state is currently appealing that decision.

“We will keep taking them to court until they get the message,” Nancy Northup, President & CEO of the CRR, said.

A similar ‘heartbeat bill’ was recently challenged in Kentucky by the American Civil Liberties Union.