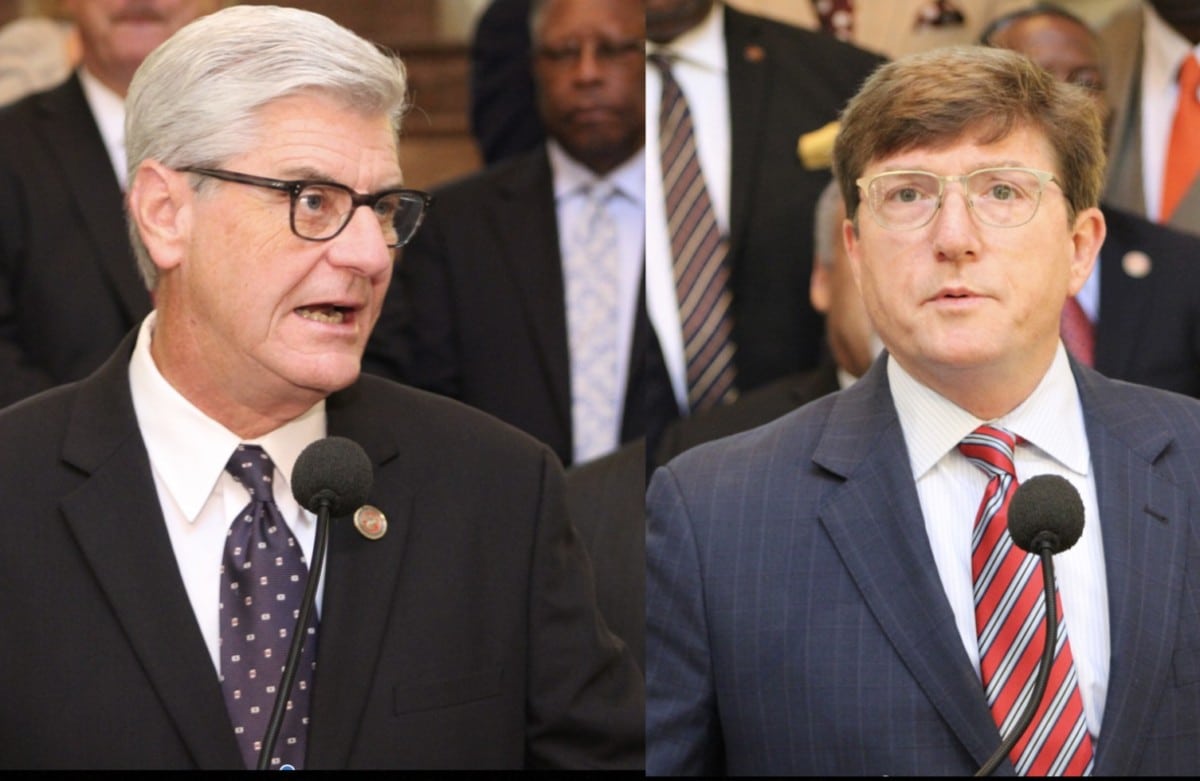 The special session of the Mississippi Legislature has been gaveled in, but there is already disagreement along party lines.

Ahead of the session, both Democrats and Republicans held press conferences with drastically different tones to address the forthcoming bill designed to fund Mississippi’s infrastructure. Lawmakers are expected to pass the Mississippi Infrastructure Modernization Act (MIMA), which will allocate nearly $200 million of revenue to the state’s roads and bridges each year.

The Mississippi Democratic Caucus was up first, and Chairman David Baria delivered the initial remarks for the party and stated that they feel that deals were struck behind closed doors and without public input.

“We think there are solutions out there, but we need an open process so that all stakeholders can have an opportunity to come in and listen, and to provide input,” Baria said. “Then we can come back in regular session and address this problem comprehensively and inclusively so that Mississippians have a voice in this process instead of being handed a bill at the last minute that no one has read.”

Senator Hob Bryan also spoke of how leaders should step up and be the ones to shoulder the burden of funding the shortcomings in the state.

“Have you seen or heard a single person purporting to be a leader step up and say ‘tax me’? Instead, it’s a variation of the old saying ‘don’t tax you, don’t tax me, tax that man behind the tree.’ The result is outlandish tax cuts that we cannot afford,” Bryan said. “We are now in the situation that we’re in where we don’t have enough money to operate the government, let alone deal with the desperate needs for infrastructure.”

Baria mentioned that with more time to collaborate, he would’ve suggested putting a freeze on $400 million corporate tax cuts and put that money toward infrastructure.

After the Democrats stepped away for the podium, Governor Phil Bryant, Lt. Governor Tate Reeves, and Speaker of the House Philip Gunn refuted the claims of their rival party and stated that there has been discussion on the bill for months.

“This was not done overnight, or behind closed doors,” Bryant stated. “The House and the Senate have been working since April, and our doors are always open. It’s always interesting to me that sometimes members complain that they didn’t have access, and I never receive a call from them. They never knocked on our door and asked to be a part of it. In the last two weeks, I’ve called many of them and said ‘come to the office, and let me explain what we’re doing.’ There’s nothing to hide here.”

During the press conference, a quick fact sheet regarding the MIMA was unveiled.

Funds will come from sports betting revenue, internet sales tax dollars, and a potential state lottery. The Governor went on to say that while he may not like the idea of a lottery, it may be necessary as Mississippi losses money to Louisiana and other states that do offer a lottery.

“I will tell you that a state lottery is not my favorite source of revenue, but decisions have to be made. You have to weigh what you would like and what needs to be done, and we need funding for infrastructure in the state and this is a large opportunity to capture that revenue,” Bryant explained.

Both the Lt. Governor and the Speaker spoke with a unified front as they hope to pass the bill through both chambers of the legislature this time around. During the 2018 session, the two sides were unable to come together and agree on a comprehensive plan to fund the state’s infrastructure. As for reaching across the aisle for votes, Reeves stated that this issue is bigger than party politics.

Gunn reiterated that stance by saying that the legislative process is a “team sport.”

Earlier this week, Speaker Pro Tempore Greg Snowden stated that the core of the new act will be similar to a bill which was passed unanimously in the House during the 2018 session. The bill works to divert “use-tax” dollars to infrastructure, and with the recent ruling on the collection of internet sales tax in Mississippi, a large boost in funding could be the end result.

“That’s money that’s coming into the state of Mississippi,” Snowden said. “It may be as much as $380 million in additional revenue over time with the ‘use tax’. That’s something that we’re looking at diverting 35% of to cities and counties for roads, bridges and sewer projects.”

In total, the MIMA is expected to bring $1.1 billion to infrastructure spending in Mississippi over the next five years.

The bill has been introduced, and can be read here – Mississippi Infrastructure Modernization Act

Big Investment from McDonald’s in the Magnolia State – @TheJTShow

An Inside Look at the Special Session – @TheJTShow