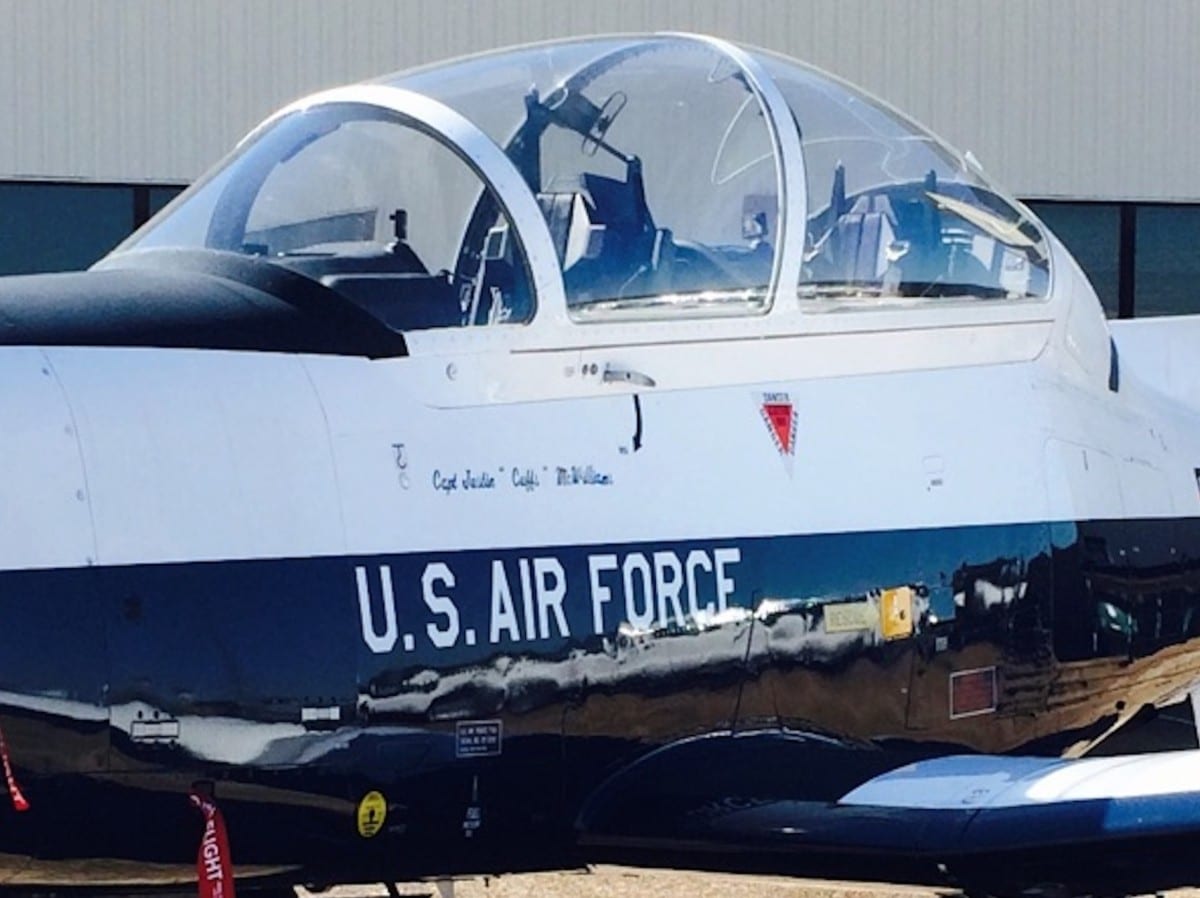 A plane has gone down near the Columbus Air Force Base in north Mississippi. The crash happened near the Lowndes and Monroe County Line.

Both pilots ejected from the aircraft safely. Local law enforcement and first responders are on the scene.

The press release states that the pilots have been transported to a local hospital for evaluation. First responders have extinguished the fire and are securing the area.

There are no houses or other structures in the immediate area of the crash. They added that additional details will be provided as soon as they become available.

The T-38 is used to train Air Force pilots how to fly jets.

“So grateful the two crew members ejected safely,” said Governor Phil Bryant in a tweet on social media. “Thanks to the first responders for their quick action.”