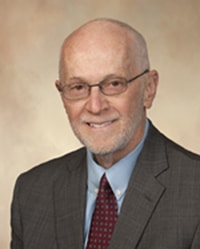 “I have enjoyed every bit of it, but it is time to let a younger person do this,” Brown said. “I am 74 years old and by the time I qualified and ran for another term, I would be close to 80 years old. I just don’t think that’s appropriate for someone in this position. I am sure there are some younger folks out there who are looking at this and will be very good public service commissioners.”

Brown made the initial announcement at the Stennis John C. Stennis Institute of Government Press Luncheon on December 11th. He also critiqued Mississippi’s leadership saying he is tired of the state being last and the punchline for jokes. He said leaders need to either fix the problems or get out of the way of people who will.

Prior to his service with the PSC, Brown served seven years as Chairman of the Education Committee and eight years as a member of the Joint Legislative Budget Committee during his 15 years as a State Representative. Before serving in the Mississippi House of Representatives, Brown was Mississippi’s Chief Financial Officer and also served as Chief of Staff for Democratic Governor Ray Mabus.