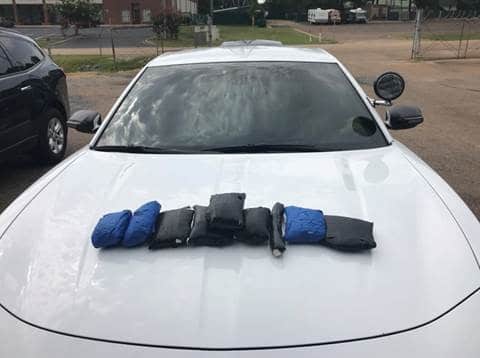 Over nine pounds of methamphetamine was found concealed in a pickup after Rankin County Deputies searched the vehicle. On Monday, Rankin County Interstate Interdiction Task Force Deputies conducted a stop on a black Ford pickup on Interstate 20 for a traffic violation.

During the traffic stop, a deputy suspected the vehicle was transporting drugs and/or contraband. The driver, Tayset Lucero agreed for the deputies to search his vehicle and they found over nine pounds of methamphetamine hidden inside.

Lucero was arrested for trafficking meth and transported to the Rankin County Jail. District Attorney Michael Guest is set to bring him before a judge. No bond has been set at this time. Police say the investigation is ongoing.