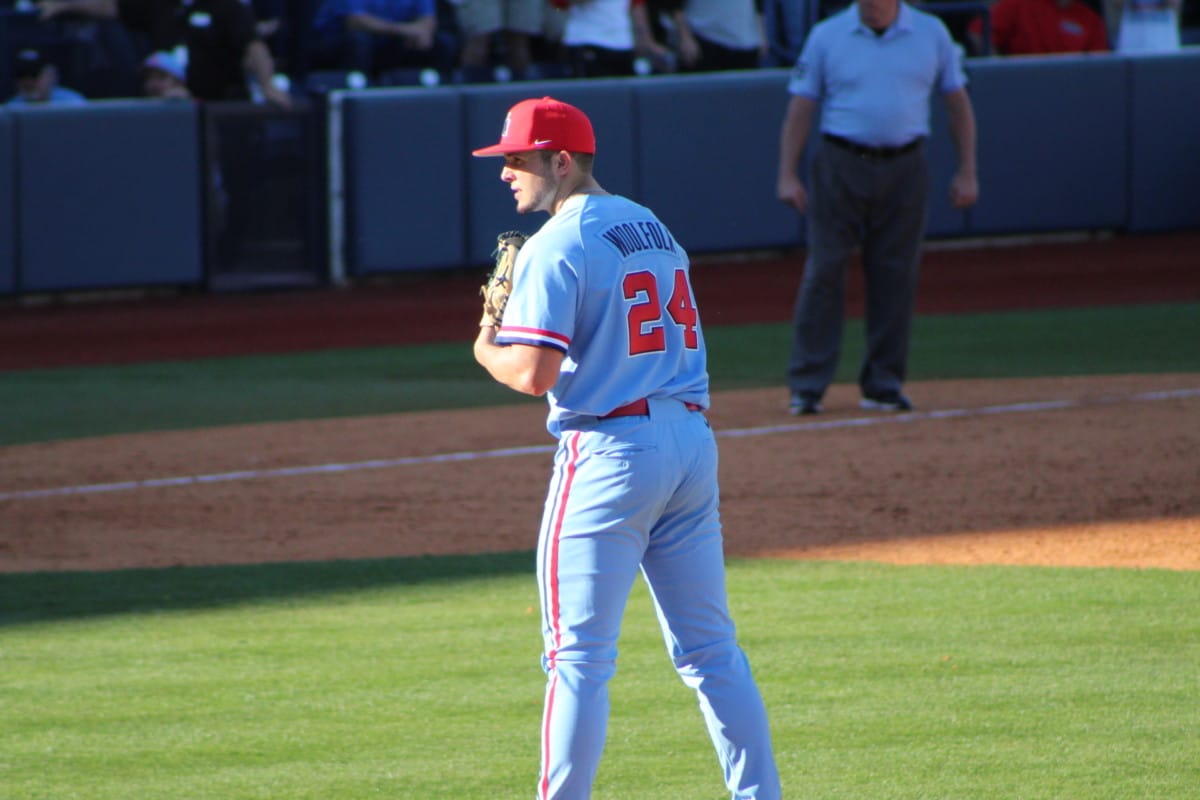 One of Ole Miss’ top relief pitchers has stepped away from the program.

Ole Miss Media confirmed that junior Dallas Woolfolk has decided to step away from the program effective immediately. Woolfolk, a preseason All-American by four different outlets, had made 16 appearances this season and was second on the team with 6 saves. As for a reason for his decision, Woolfolk said it was the right choice for his personal health.

“Over the past three years, it has been an honor to be a member of the Ole Miss baseball team,” Woolfolk said. “As much as I love my teammates, coaches and the game itself, I need to focus on my own personal health. With that being said, after much thought and prayer, I have decided to leave the team at this time.

“It was a special feeling to step on the mound wearing that Ole Miss uniform. The support from my teammates, coaches and Rebel Nation is something I will never forget. I will always be a Rebel,” he said.

The Southaven native led the team with 26 appearances a year ago and finished with 12 saves, good for second in a single season in school history. Ole Miss head coach Mike Bianco thanked Woolfolk for his time with the team and said that they will continue to support him off-the-field.

“Dallas Woolfolk is a terrific individual who provided an impact both on and off the field,” Bianco said. “After sitting down and talking with him, I completely respect his decision to step away from our program. The health of our student-athletes is always of the upmost importance. We will still be here to support Dallas, and we thank him for his contributions to our team.”

The Rebels will take the field without Woolfolk this weekend as they take on Auburn in Oxford.

Mississippi ready to ‘pull the trigger’ on sports betting