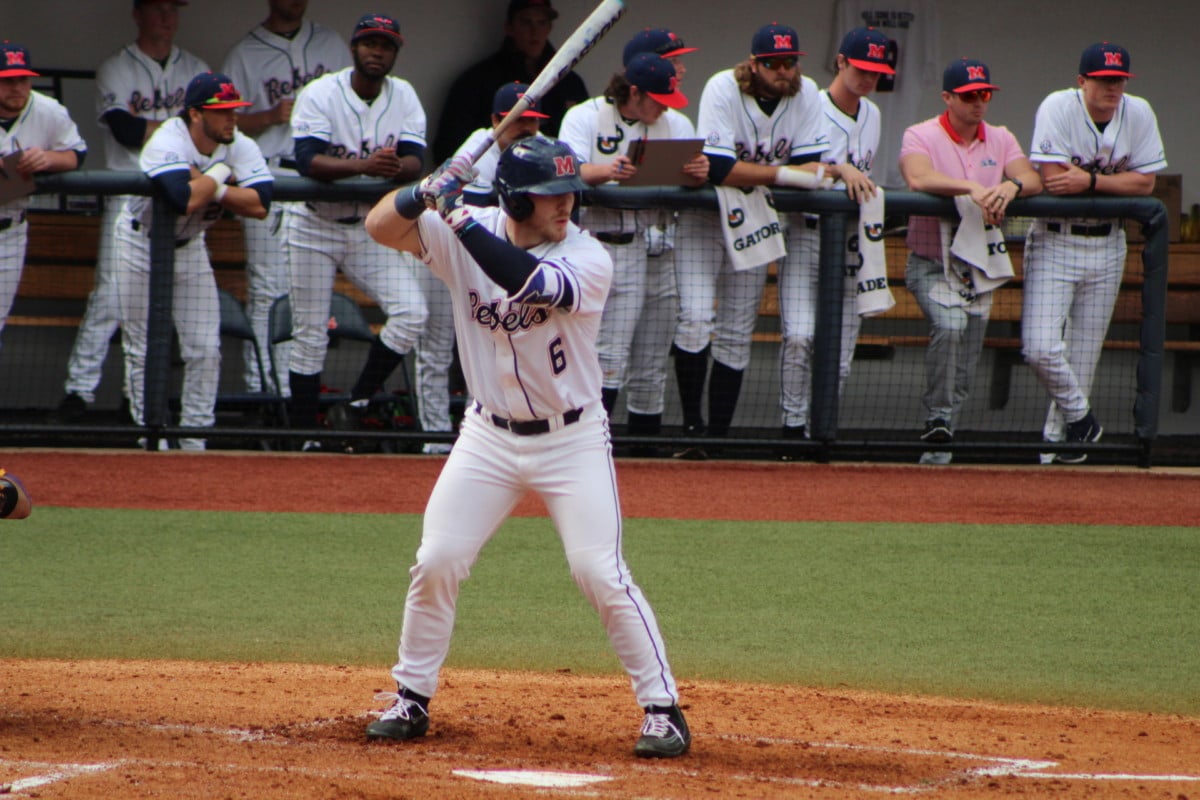 In an extra-inning contest with #8 UGA, #4 Ole Miss narrowly avoided elimination from the SEC Tournament with a 5-4 win, thanks to a walk-off hit from Tim Rowe in the bottom of the 10th inning.

The Rebels were in control of the game and held a 3-1 lead with their closer Parker Caracci on the mound in the 8th inning. Two Bulldogs were on base in the top of the inning with 2 outs, and a slow roller back to the Caracci was set to bring the inning to an end, but a huge mistake nearly costed the Rebels. Caracci decided to throw home instead of the getting the force out at first and threw the ball over the head of the catcher, and 2 runs scored to tie the game at 3-3.

Georgia and Ole Miss are tied at 3 in the 8th. pic.twitter.com/IgS9OXH71t

Neither team would score in the 9th inning, and the Bulldogs would strike first in the top of the 10th after UGA’s Lj Talley drove in a run to give UGA a 4-3 lead. Caracci would get out of the inning without any more damage being done, and the Rebels came right back with a big inning of their own to stay alive in Hoover. Nick Fortes opened the frame with a base hit and scored on a Thomas Dillard double. Rowe then stepped into the batter’s box and squeezed a grounder past the second baseman for a walk-off base hit.

Against Auburn, the Rebels were only able to score runs on a couple of Tiger errors, so the 5-run performance is a good sign for the Rebels moving forward. They were able to get a boost right off the bat from Grae Kessinger who belted a lead-off home run in the first inning and they picked up 11 total hits.

Ole Miss will now face the loser of tonight’s matchup between Auburn and Texas A&M and will play at 3 p.m. CT on Friday.