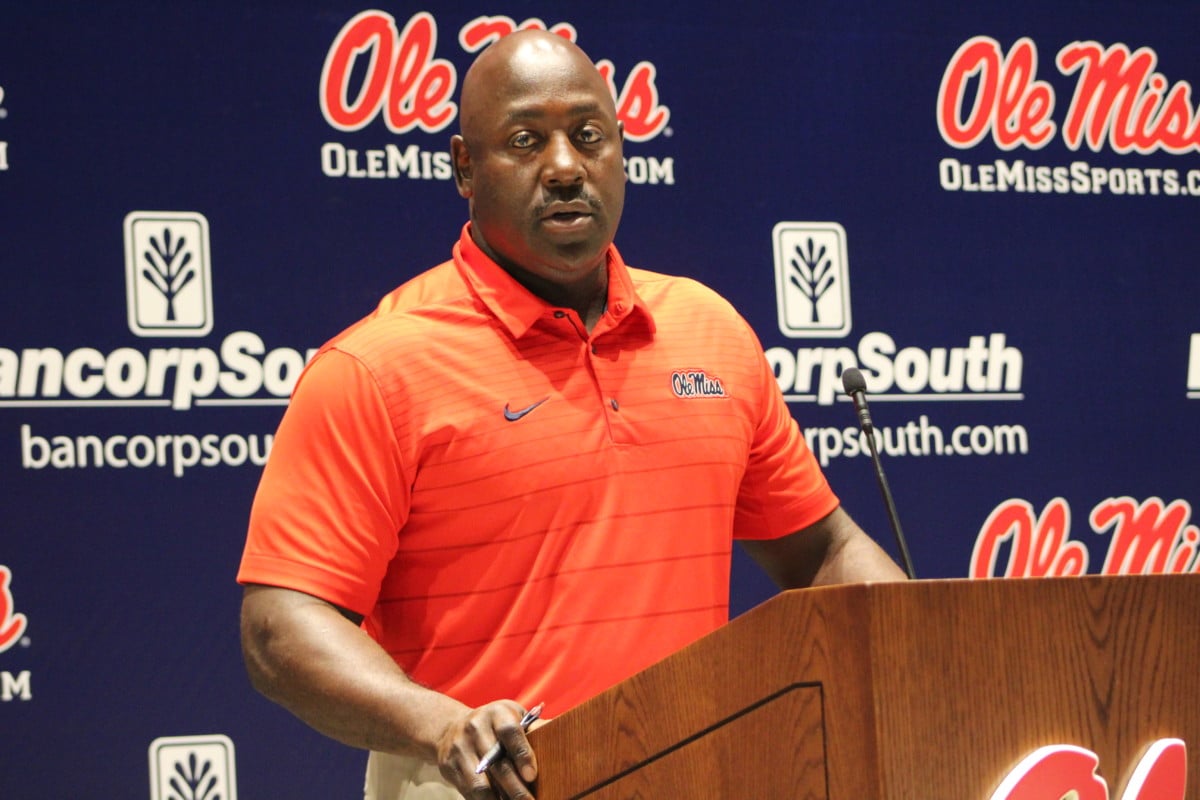 The offseason changes have begun in Oxford with the firing of Ole Miss defensive coordinator Wesley McGriff.

With a 35-3 loss in the Egg Bowl, the Rebels’ season ended last night, and this morning, Ole Miss media confirmed that McGriff was on his way out after two seasons.

“I want to thank Wesley for his hard work and dedication to Ole Miss,” head coach Matt Luke said. “Despite the challenges his unit faced this season, we can be better on that side of the ball, and I determined new leadership is needed.”

The move won’t surprise many as the Rebel defense ranked among the worst in both the SEC and in the entire country this year. The unit allowed nearly 500 yards per game and 33 points per game. The defense gave up over 30 points in every game during the teams’ 5-game losing streak to end the season.

While injuries piled up on a defense already lacking depth, the writing was seemingly on the wall after allowing 630 yards to Southern Illinois in week 2.

It remains to be seen what other changes will be made following a 5-7 season with just one SEC win. With the NCAA cloud gone, this is a pivotal offseason for head coach Matt Luke and the Rebel football program. After last night’s loss, Luke addressed the challenge they have in front of them.

“It’s a work in progress,” Luke said. “When you are down scholarships and with all of the things that have happened, we are just trying to recruit and get this thing back to full strength. We’ll continue to get better and continue to build that tough, hard-nosed, blue-collar football team that is what we want to get to. Nights like this will motivate them.”

Both McGriff and OC Phil Longo were hired by Hugh Freeze prior to his resignation, meaning that Luke may look to make more changes and build his own staff before next season.

This was McGriff’s second stint in Oxford after serving as co-DC/cornerbacks coach in 2012 before returning as the DC.

Ole Miss has the best returning offensive line in the SEC, according to college football analyst