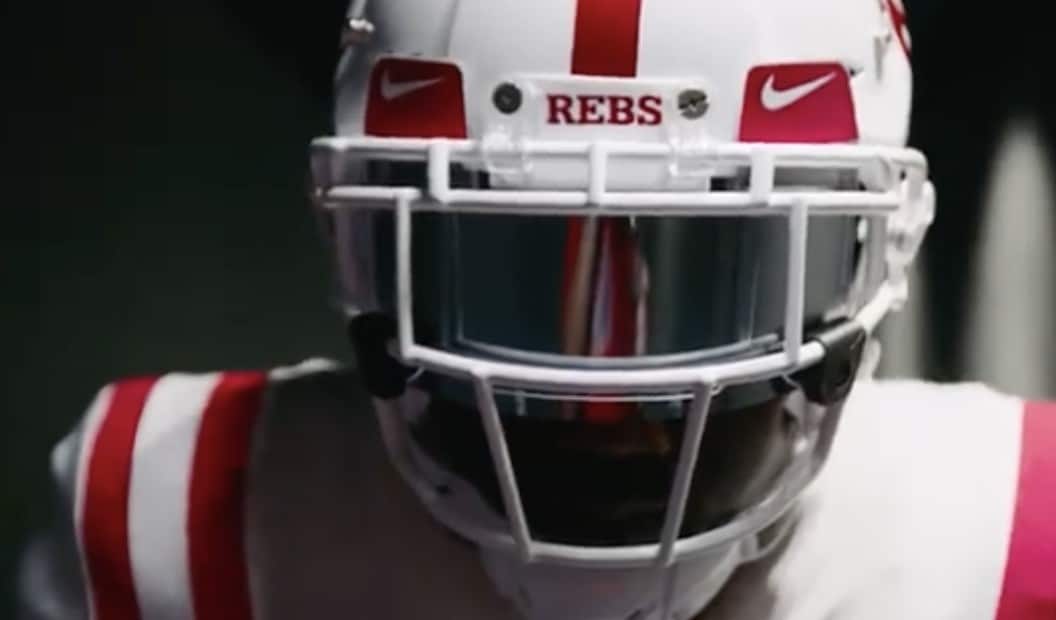 The college football season is fast approaching, and ahead of their opener in Houston against Texas Tech, Ole Miss has dropped a new look.

In a promo released on social media, the Rebels revealed that they’ll sport an all-white look complete with a brand-new white helmet. Finished with the tagline ‘Nature has a new Great White’, the release coincides with the beginning of ‘Shark Week’ on the Discovery Channel.

Check out the new look below:

Sept. 1 vs. Texas Tech, we’re kicking off the @ESPNCFB slate in style with a special uniform. Nature has a new great white ?! #SharkWeek #HottyToddy #FinsUpRebels pic.twitter.com/aY9LxNLMiB

Ole Miss will also be unveiling their new ‘Landshark’ mascot at some point before the 2018 season begins.