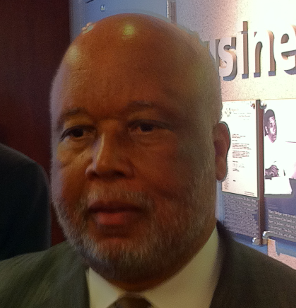 JACKSON, Miss. — Ever since Congressman Bennie Thompson said on a New Nation of Islam radio program that Governor Phil Bryant is against Obama Care “just because a black man created it,” the two have not spoken, and Thompson said he does not have plans to with Bryant about it.

That is what he told media Wednesday druing a TSA press conference at the Jackson International Airport.

This was his response when asked if he still stands by the comments he made:

“Let me just say that I’ve been elected for a number of years. The opposition that I see to president Obama’s policies, I’ve never seen in the history of this country. The people that I talk to over the district take offense to the venom pointed at the president. They feel that he has been a good president. The bad things that have been said about him and his family they take offense to. They have never had that said to another president and they are convinced that it is strictly because president Obama is an African American, that those things are being said.”

Thompson also said he would like to see Bryant call a special legislative session in order for Mississippi to expand Medicaid while the state still has access to federal help.