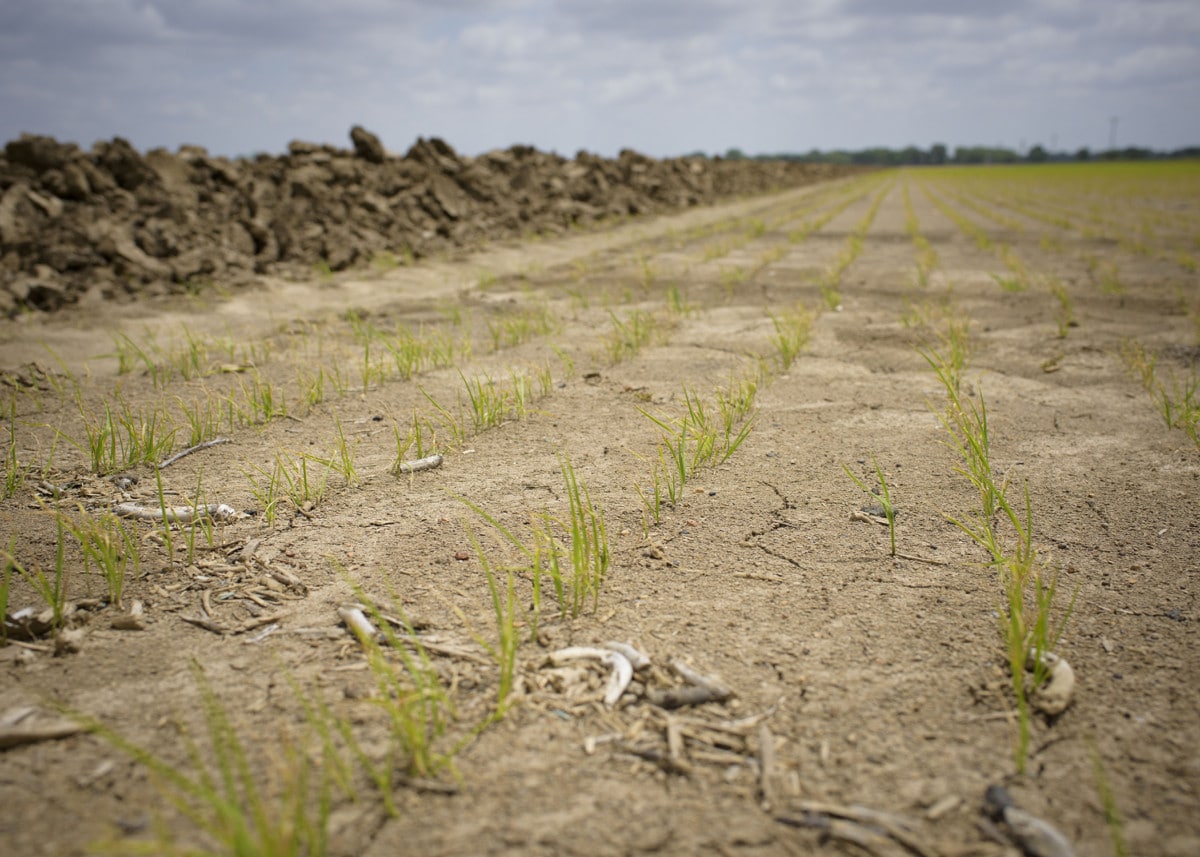 Cutline: Rice in this Drew, Mississippi, field was planted early and has emerged. Germination for most of the state’s crop has been slowed by cool spring temperatures. (Photo by MSU Extension Service/Kevin Hudson)

The crop is 60 percent planted, but very little of it has emerged, said Bobby Golden, a rice and soil fertility agronomist with the Mississippi State University Extension Service.

“All of the cold weather we’ve had is not favorable for the seed to germinate and emerge,” Golden said. “It has taken 25 to 30 days for rice to emerge in many fields planted in March. The earliest planted seed is up, but most of what has been planted is extremely slow getting out of the ground because of the cool temperatures.”

With ideal weather, early planting usually begins in mid- to late March, with all seed in the ground by early May.

Golden, who is based at the MSU Delta Research and Extension Center in Stoneville, said he expects Mississippi producers to plant 120,000 to 125,000 acres. This is down from what producers traditionally plant in the state but up from last year’s 114,000 acres, he said.

The cool temperatures have slowed crop progress, but producers have not encountered any other challenges.

“It’s been quiet to this point,” Golden said. “We’re just waiting on rice to come up. In a couple of weeks, we’ll know more about what producers may be facing as far as insects, disease, and weeds go.”

Rice futures are currently trading for around $12.20 per hundredweight. This is up from a year ago when futures were trading just under $11 per hundredweight, said Brian Williams, Extension agricultural economist.

“The big things driving markets right now are tight supplies and strong demand,” Williams said. “However, traders are also closely watching planting progress. So far, planting progress across the U.S. has been good, which has brought markets down a little bit.”

Williams said U.S. acreage is projected to be a bit higher this year because of stronger prices and demand. But this could bring prices down as the crop nears harvest.

Mississippi’s rice crop was valued at $96 million in 2017, down 28 percent from 2016 because of the decrease in acreage.

Do you have a pencil?