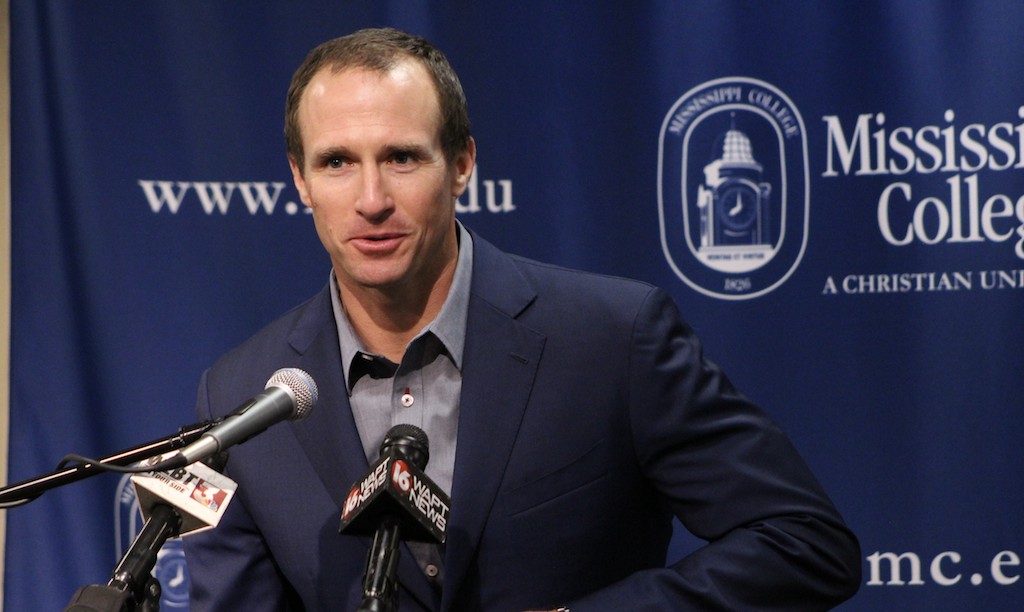 New Orleans Saints QB Drew Brees is in Mississippi today, and prior to speaking at Mississippi College’s Spring Scholarship Banquet, the future Hall of Famer met with the media to discuss the upcoming season, his goals for the offseason, and the controversial end to 2018 season and how it will fuel the Saints moving forward.

“That was extremely disappointing and it took a while to get over, and maybe you never get over something like that, but the bottom line is you have to somehow, someway turn that into good,” Brees said.

Millions watched as a missed pass interference call all but cost the Saints a trip to the Super Bowl. PI is now reviewable as a result of rule changes in the NFL, and while Brees knows that it won’t change history, he hopes that it will prevent mistakes like that from playing such a big part in big moments moving forward.

The Saints held their training camp at Millsaps in Jackson from 2006-08, and Brees reflected on the hot Mississippi summers that the team endured. He also spoke about his charitable work across the country and how he feels that the Saints are the “Gulf Coast’s” team.

Below, you can check out the entire press conference.

Brees is among many other notable names that have been chosen to host MC’s annual banquet, which is its largest fundraising event each year.

Palazzo Discusses Impact of National Guard on the Southwest Border