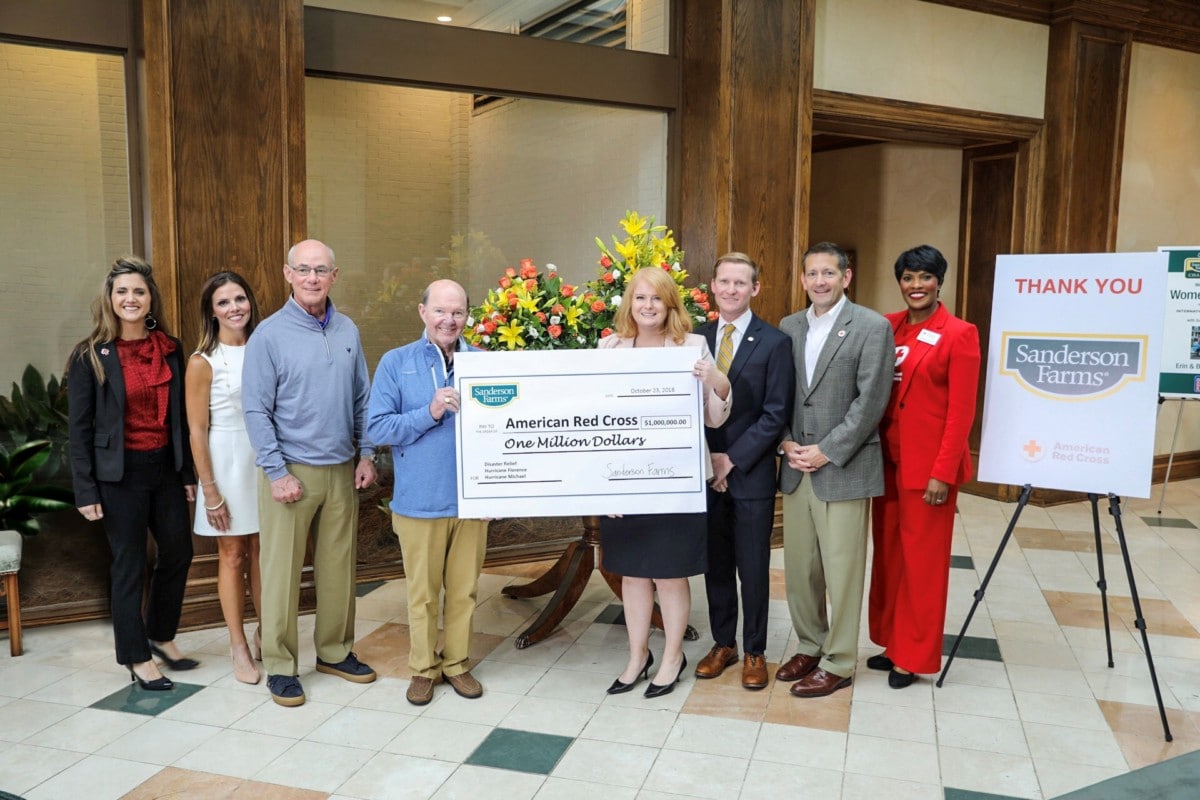 In the aftermath of Hurricanes Florence and Michael, Sanderson Farms, headquartered in Mississippi, is pledging a total of $1 million in aid to the American Red Cross for ongoing relief efforts.

The company’s donations will benefit impacted communities, including those where Sanderson Farms has operations and employees. In addition to the monetary donation, Sanderson Farms has already donated thousands of pounds of chicken and ice to support volunteer efforts across the Southeast.

Joe F. Sanderson, Jr., CEO and Chairman of the Board of Sanderson Farms, said they come together to support their employees, families, and the whole community in times of crisis.

“The recent hurricanes affecting North Carolina and Georgia hit close to home, and many of our employees and their families suffered devastating losses,” said  Sanderson.  “We are committed to doing everything we can to help get our communities back on their feet again.”

Gail McGovern, president and CEO of the American Red Cross, said the generosity of partners, such as Sanderson Farms, makes it possible for the Red Cross to respond at a moment’s notice with volunteers, equipment and supplies, powering their work to help people affected by Hurricane Florence and Hurricane Michael in the hardest hit areas.

“We are profoundly grateful for Sanderson Farms’ remarkable support to deliver shelter, food and hope for people in their darkest hours,” said McGovern.

Currently, the American Red Cross has more than 1,700 disaster relief workers—nearly 90 percent volunteers—on the ground to support Hurricane Michael relief efforts across Florida, Georgia, and Alabama. The Red Cross will be there in the weeks to come, as people begin to recover and rebuild. In addition, more than 70 Red Cross emergency response vehicles are helping to distribute food and relief supplies across affected neighborhoods.

The Red Cross is also still hard at work in the Carolinas, with more than 1,590 disaster relief workers helping people impacted by Hurricane Florence. With the help of partners, such as Sanderson Farms, the Red Cross has served more than 2.42 million meals and snacks, and distributed more than 600,800 relief items to help with the massive clean-up effort.