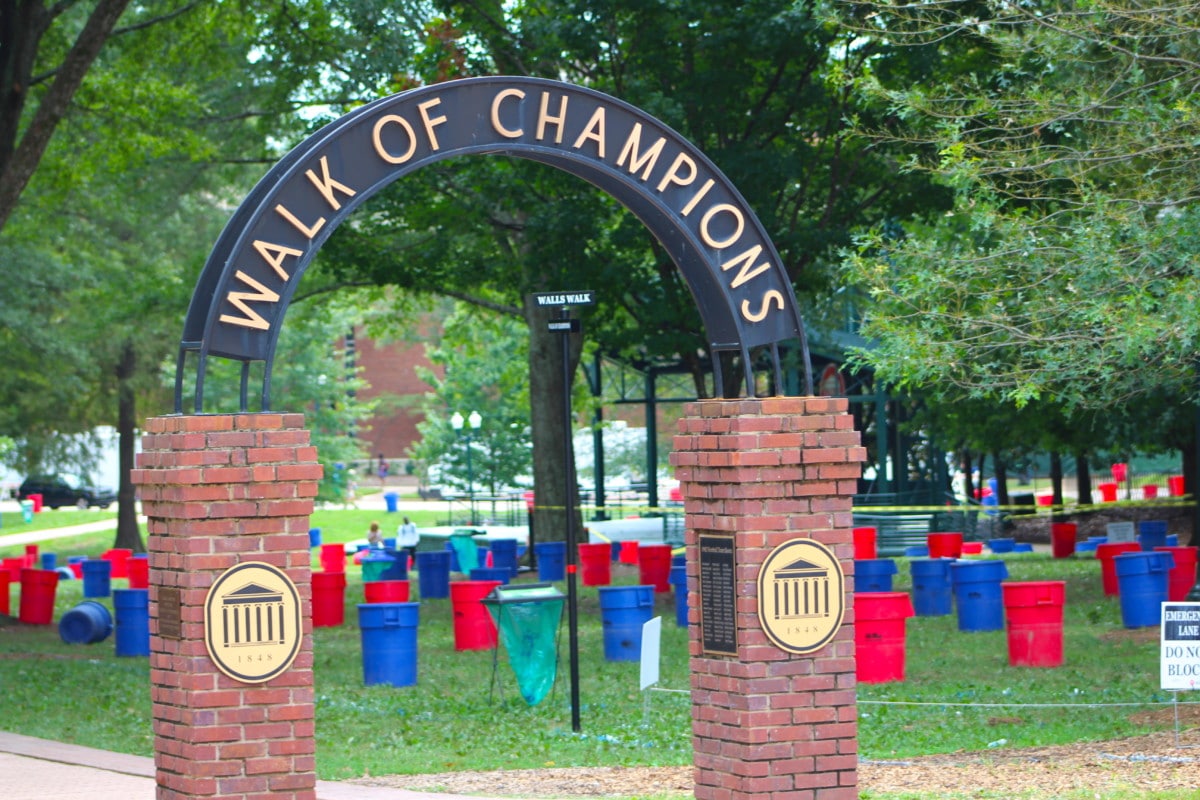 The Grove at Ole Miss. Photo by News Mississippi

SEC Nation will be live from the Grove stage in Oxford tomorrow morning ahead of the Rebels’ clash with the top-ranked Alabama Crimson Tide.

This will be the SEC Network’s traveling pre-game show’s fourth appearance in The Grove, with the show set to begin at 9 a.m.

Hosted by Laura Rutledge, Paul Finebaum, Marcus Spears and Tim Tebow, the show is the SEC Network’s version of ‘College Gameday.’ Much like ESPN’s premiere pre-game show, fans holding up signs behind the set is always one of the highlights.

For fans wishing to be right behind the action to hold their signs, the ‘pit’ area behind the stage opens at 7 a.m.

The Rebels are 1-2 so far when the SEC Nation bus comes to town.

The show was in Oxford for the Rebels’ heartbreaking loss to Bama in 2016 when the Rebels blew a 24-3 lead, and ultimately lost 48-43.

Before that, SEC Nation was the prelude to Ole Miss’ ‘4th and 25’ loss to Arkansas in 2015, and their first appearance was before a 2014 home win over Tennessee.