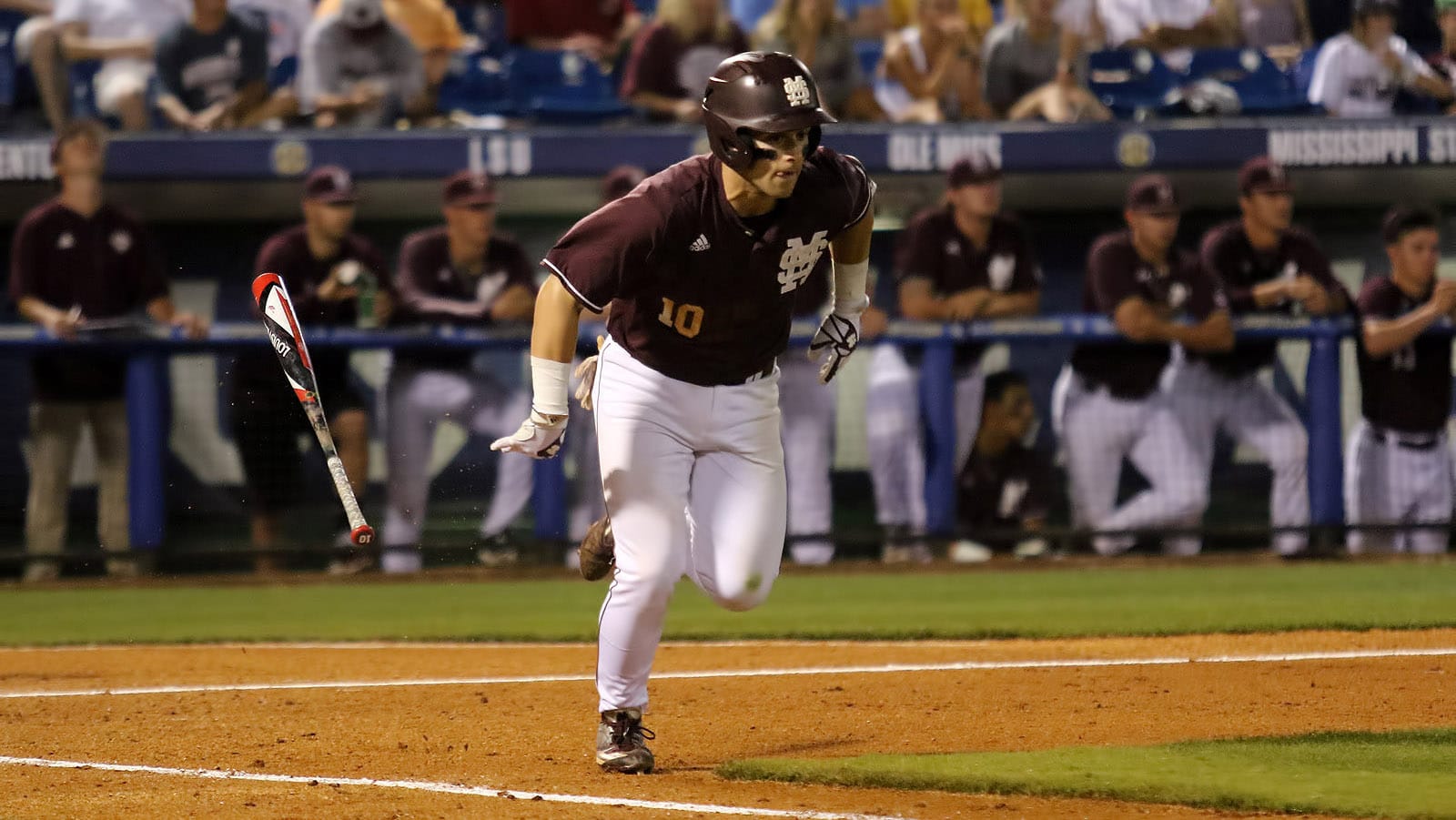 The Mississippi State baseball team saw its run in the Southeastern Conference Tournament come to end with a 9-2 loss to Arkansas Friday night at Hoover Metropolitan Stadium.

MSU finished the 12-team event with a 2-2 record and will carry a 36-24 overall record into Selection Monday.

In Friday’s first game, No. 5 seed MSU held a 3-0 lead before No. 1 seed Florida scored 11 times in the eighth inning to take a 12-3 victory. The Bulldogs were again done in the big inning in the late game as the No. 4 seed Razorbacks scored six times in the sixth inning to pull away from a 1-1 tie.

Thursday, MSU scored twice in the ninth inning to take a 4-3 victory over Arkansas. The Bulldogs could not duplicate that magic a night later as the Razorbacks moved on to the semifinal round of the tournament.

For Arkansas (41-16), the pitching duo of Blaine Knight (8-4) and Jake Reindl held the Bulldogs to five total hits and lone runs in the second and seventh innings.

MSU starter Jacob Billingsley (1-3) gave the Bulldogs another strong start with five-plus innings of work. Billingsley allowed three hits and three runs (all earned), with five walks and five strikeouts. Trey Jolly and Parker Ford were both needed to help complete the sixth inning. Trysten Barlow pitched in relief, while Brent Rooker got the final out becoming the Bulldogs’ 20th pitcher this season.

The Bulldogs scored in the second inning when Hunter Stovall and Cody Brown got things started with back-to-back hits. An error scored the run.

MSU was held at bay from there until Brown hit his seventh home run of the season in the seventh inning.

Brown finished with two of the Bulldogs’ five hits.

Jax Biggers had three of Arkansas’ 10 hits. Dominic Fletcher broke the tie with a solo home run in the sixth inning for the Razorbacks.

The Bulldogs will find out their postseason destination with the NCAA Tournament Selection Show on Monday, May 29 at 11 a.m. CT.