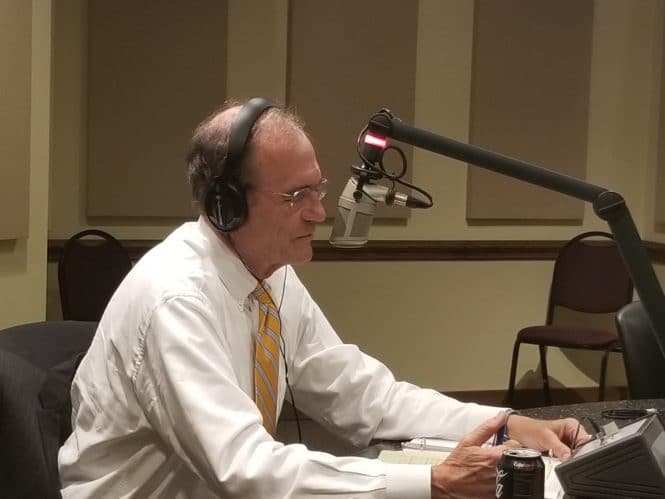 Secretary of State Delbert Hosemann has spoken for the first time regarding his response to a national voting commission requesting voter information including birth dates and social security numbers.

His initial response made waves across the nation:

They can go jump in the Gulf of Mexico and Mississippi is a great State to launch from.

Secretary Hosemann spoke with News Mississippi about this response.

“I started to tell them to jump in a lake, but I figured we might as well promote the Mississippi Gulf Coast while we’re at it,” said Secretary Hosemann.

RELATED: Mississippi one of ten states refusing to comply with federal voter panel

The commission appointed by President Trump is seeking the personal information of the nation’s voters in an attempt to investigate alleged voter fraud that took place during the 2016 elections.

Though Sec. Hosemann said he did not receive a copy of the letter directly, he felt the need to respond to put voter minds in Mississippi at ease.

“We had hundreds of calls, numerous emails,” said the Secretary of State. “Asking us to please not release that information.”

Sec. Hosemann said the response is consistent with what he’s done in Mississippi.

“We don’t give out social security numbers, birth dates, military information,” said Sec. Hosemann. “And this request asked for that information.”

It comes down to Mississippians’ rights to privacy, said Hosemann, but also security.

“I’m not going to send this (information) to D.C.,” said Hosemann. “Where I don’t trust that it won’t get hacked.”

While the Secretary of State’s office confirmed that Mississippians responding have been mostly in favor of Sec. Hosemann’s response, some have questioned what he has to hide.

“What I have to hide is your social security number and your birth date, I’ll be very clear about that,” said Hosemann.

However, Secretary Hosemann said that he is willing to work with President Trump.

“I support President Trump,” said Hosemann. “But I think he got some bad information on this.”

The Secretary of State said he will provide some information, but excluding the social security numbers and birth dates.

“There are public records, voter rolls without that information, that of course we will provide to them,” said Secretary Hosemann.

Sec of State Delbert Hosemann explains “Jump in the Gulf”