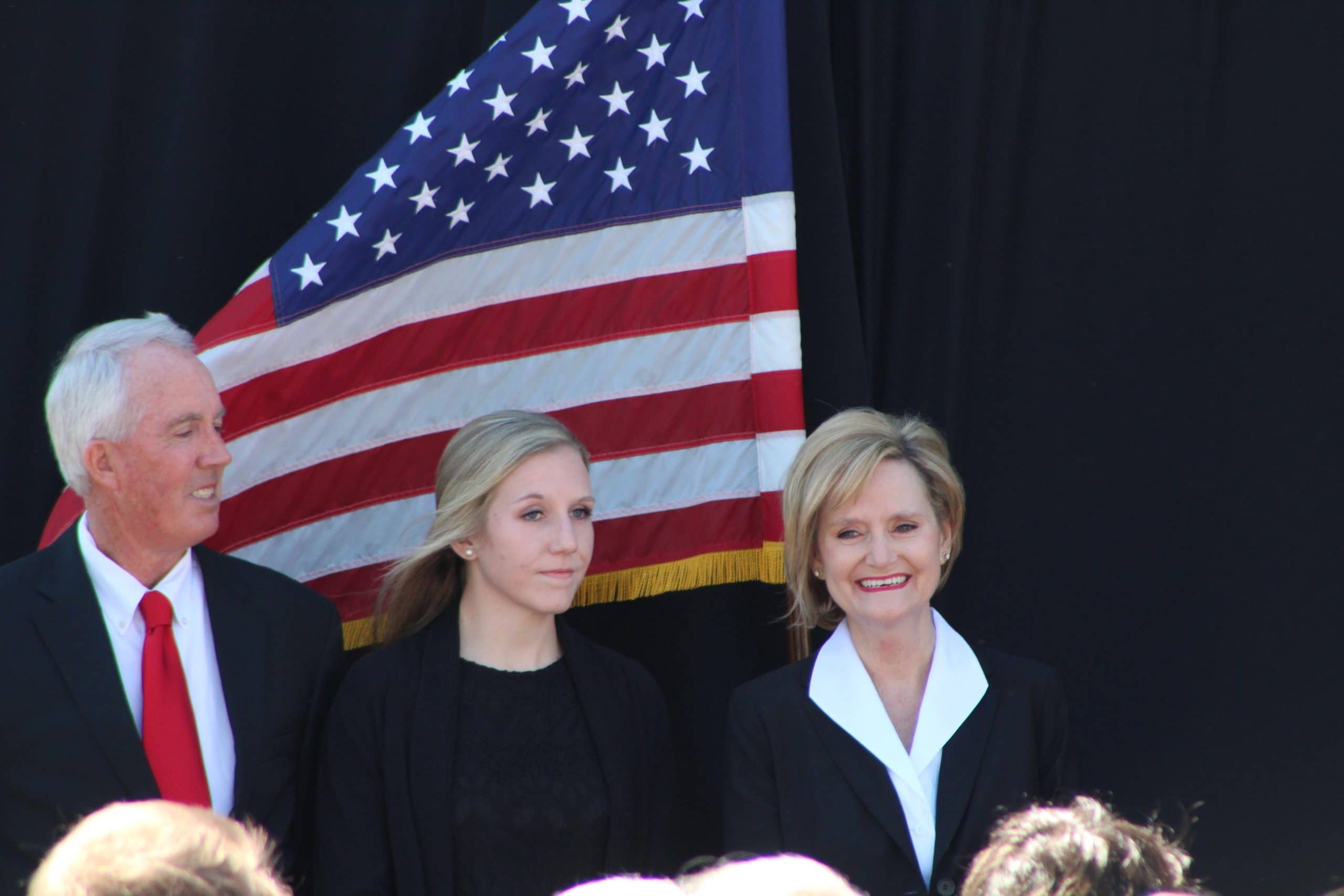 Cindy Hyde-Smith was sworn into her new office as a U.S. Senator on Monday, and now she has announced her senior staff, including chief of staff, deputy chiefs of staff, legislative director, and state director.

After the announcement, Senator Hyde-Smith said that her staff brings years of experience to the table, and they will assist her in an effort to focus on improving the lives of Mississippians.

“I’ve assembled a team with a broad variety of experiences to lead my Senate office.  I will promote a positive agenda focused on issues important to Mississippians.  My staff in Washington and in the state will be dedicated to constituent services and the best representation for our state,” Hyde-Smith said.

Hyde-Smith was appointed by Governor Phil Bryant following Senator Thad Cochran’s retirement, and she will participate in the November election as she attempts to remain in the seat through 2020. Currently three challengers exist in the form of state Senator Chris McDaniel (R), former Congressman Mike Espy (D) and Tupelo Mayor Jason Shelton (D).

While both Republicans and Democrats have multiple candidates, this race will not feature a primary election because it is a special election.

The release also gave an introduction to each member of the Senator’s staff.

Campbell, a native of Greenville, was the Deputy Commissioner for the Mississippi Department of Agriculture and Commerce (MDAC) before joining the Hyde-Smith staff.  He previously held several positions within MDAC, including state entomologist and director of the Bureau of Plant Industry.  Additionally, he was a biological science technician at the U.S. Department of Agriculture’s research center at Stoneville.  Campbell has a Bachelor of Science degree from Mississippi State University and a Master’s degree in business administration from Delta State University.

Wolverton, a native of Starkville, was most recently the military legislative assistant and senior policy advisor to Cochran, for whom he worked since 2009 in a variety of legislative positions.  His portfolio was focused on national defense, homeland security, FEMA, and economic development.  Wolverton has a Bachelor of Arts degree from Mississippi State University, in addition to a Master’s degree in Defense and Strategic Studies from the U.S. Naval War College.

Sanjanwala of Madison has been Special Assistant to Hyde-Smith since 2012, and chief information officer for MDAC since 1997.  He was previously director of information technology audits for the Mississippi Office of the Auditor, in addition to systems analyst for the Mississippi Department of Human Services and Mississippi Department of Public Safety.  He began his career as an IT project manager with Entergy.  Sanjanwala has a Bachelor of Business Administration degree from Mississippi College and a Master of Public Policy and Administration from Mississippi State University.