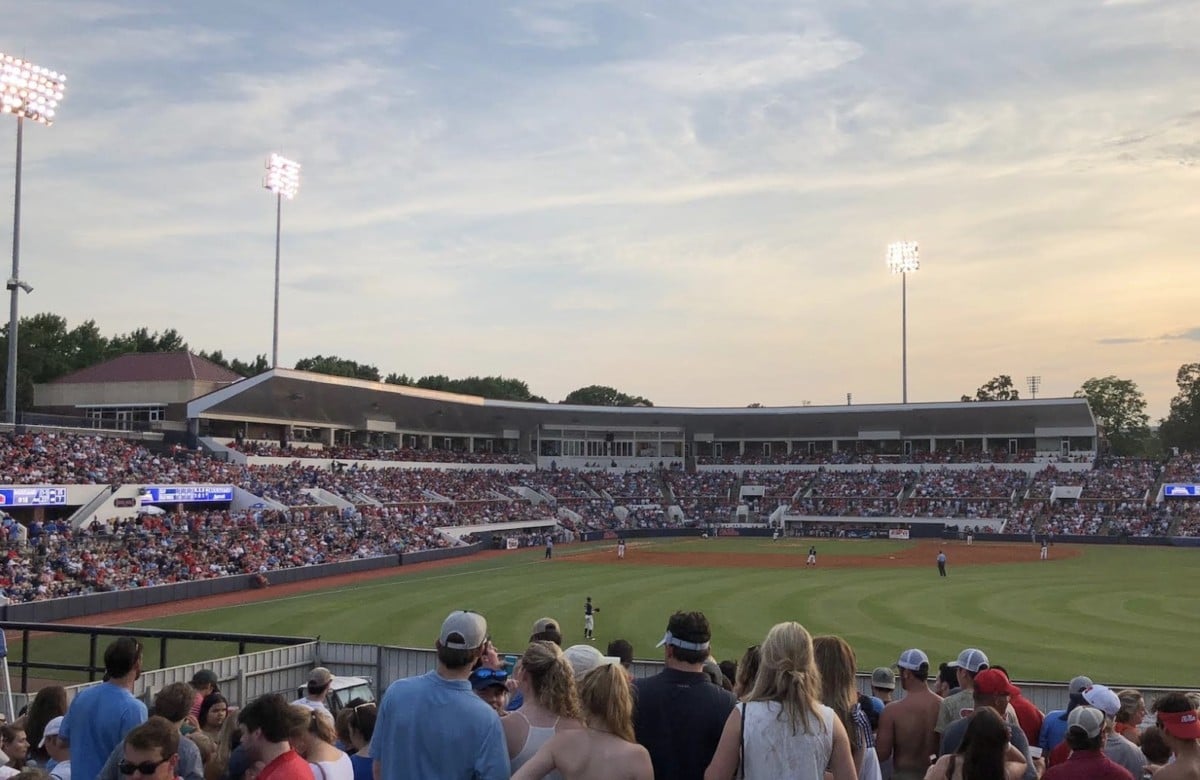 Over the weekend, Ole Miss secured their first series win in Baton Rouge since 1982, and Mississippi State won 2 of 3 over Texas A&M on the road as the two teams prepare for a head-to-head series in Oxford this weekend.

Ole Miss and LSU split the first two games of their series, and it appeared as if the Rebels were headed for an easy win on Sunday with a 10-1 lead in the 5th inning, but the Tigers would mount a comeback effort. The Ole Miss offense continued to produce while LSU got things going, so the Rebels still held a 15-9 lead in the bottom of the 9th inning with closer Parker Caracci on the mound.

Caracci was able to get two quick outs, but after that, his outing didn’t go as planned. After giving up 6 runs, the closer was pulled and Austin Miller came in to get the final out of the 9th with the game tied at 15-15. The Rebels would bounce back to score 4 runs in the top of the 10th and hold on for what turned out to be an unlikely win.

With the series win, the Rebels jumped up from #13 to #11 in the polls, according to d1baseball.com.

Mississippi State has moved into the top 5 after their series win over the Aggies, moving up one spot from their #6 ranking from last week. After rain altered the schedule of the series, the Bulldogs took game one on Friday and A&M evened the series in the first game of a Saturday doubleheader.

Both games of the doubleheader were 7-inning contests and heading into the 7th inning of game two, the Bulldogs held a 4-1 lead. The Aggies were able to get 2 runs across the plate to cut the MSU lead to just one, but reliever Jared Liebelt got to final out to seal the series.

While MSU has a mid-week game to worry about, fans across the state will be looking ahead to the weekend when the Bulldogs travel to Oxford for a pivotal SEC series. Both squads are tied for 2nd in the SEC West with 15-9 conference records; adding even more hype to a rivalry series that each team and fanbase has had circled since the schedules were released.

Before Friday rolls around, Mississippi State will take on Memphis at home on Wednesday, but Ole Miss won’t play a mid-week game.

Game one of the series between Mississippi State and Ole Miss is set for Friday at 6:30 p.m. Hopefully the weather won’t play a factor this weekend, but there is currently an 80% chance of rain in Oxford on Friday.