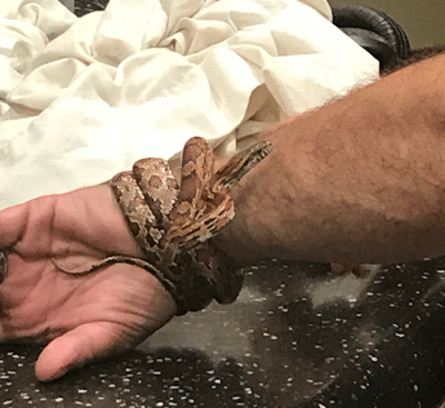 As you’re enjoying another Mississippi summer you might run across a few critters that scare you at first, don’t be too alarmed seeing snakes isn’t always a bad thing.

“If you see a snake it’s a good sign,” said John Hardy with the Museum of Natural Science in Jackson. “They’re going to take care of the mice and rats and the things that could actually get you sick.”

Doing yard work can often stir up smaller snakes that could live near your home. Hardy said small brown, or “garter snakes” are very common to see in your yard around debris or piles of firewood.

While most snakes in Mississippi are not venomous, there are a few you want to watch out for. Mississippi is home to four types of venomous snakes, the Rattlesnake, Cottonmouth, Copperhead, and Coral Snake.

“The Timber rattlesnake is probably the one we have the most of across the state,” said Hardy.

Copperheads are also found in the Magnolia state and are part of the pit viper group. They can grow to be around two to three feet long with a pinkish color and several dark wide bands. They don’t tend to give a warning before they strike, luckily it is rare that they do so.

The last type of venomous state in the state is quite different than the rest, it is the Eastern Coral Snake.

“These are the ones you heard the nursery rhyme about when you’re trying to differentiate a venomous snake from a non venomous one,” said Hardy. 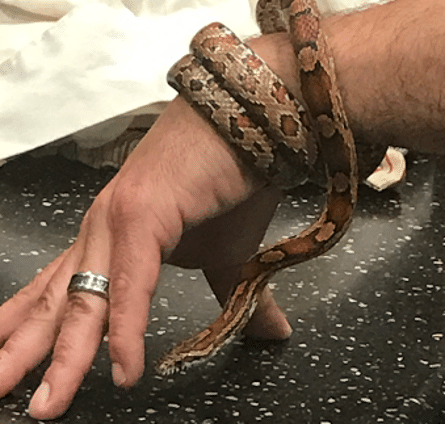 “The best thing to do if you see a snake with either of these color patterns is to leave it alone, just to be safe,” said Hardy.

The Coral Snake has fixed fangs and is in the same family as the Cobra. They have slender bodies, with bright colors and tend to be around two feet long.

Hardy said there has never been a confirmed death in Mississippi by a venomous snake bite and the best thing to do if you think you’ve been bitten by one is to get to a hospital as quickly as possible.

“The vast majority of venomous snake bites are by people trying to catch them or kill them,” said Hardy.

You’re best bet to not getting bitten is to leave them alone.

Youth to walk 166 miles across Mississippi