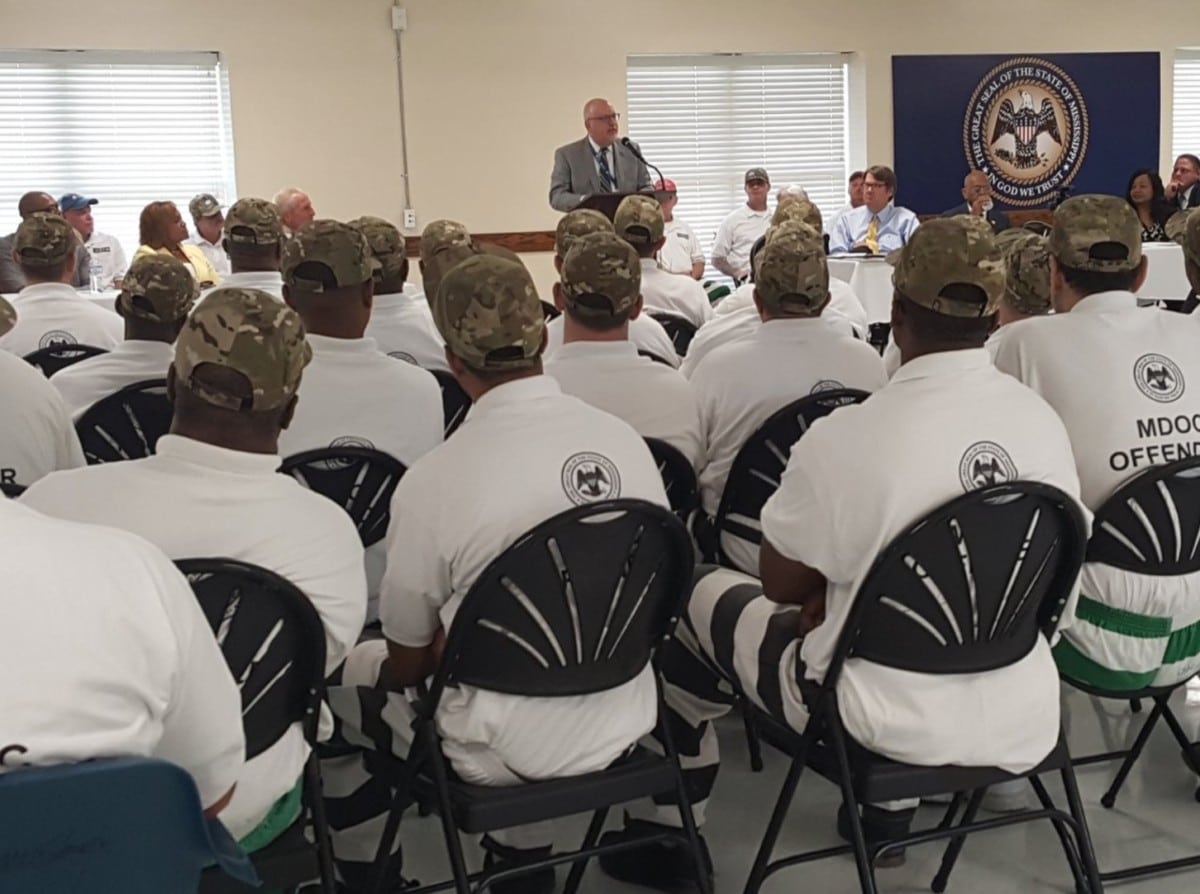 Photo by Mississippi Department of Corrections

The occasion was to celebrate partnerships responsible for the Soldier On Incarcerated Veterans Program’s success.

“This specialized unit is consistent with my administration’s goal to provide meaningful rehabilitation to those in our care, custody and control,” Commissioner Hall said. “MDOC realizes that partnerships and collaborations are important in achieving meaningful rehabilitation. Ultimately, we all benefit from fewer people returning to prison and slowing the revolving door in corrections.”

The program is designed to address some of the most persistent and common problems among incarcerated veterans – such as substance abuse, anger management, mental health, joblessness and homelessness. It helps them achieve self respect and trust through a variety of ways, such as group discussions, one-on-one counseling, lectures or hands-on workshops so that they can successfully return to their communities.

Some of the program’s biggest advocates are veterans who have completed it. One veteran who is now working for Ingalls said that the program helped him to focus, set goals, and to become a better person. Another who found employment also thanks to Soldier On also credits the program for the positive changes in his life and says he is better able to express himself now.

Cornhole for a Cure