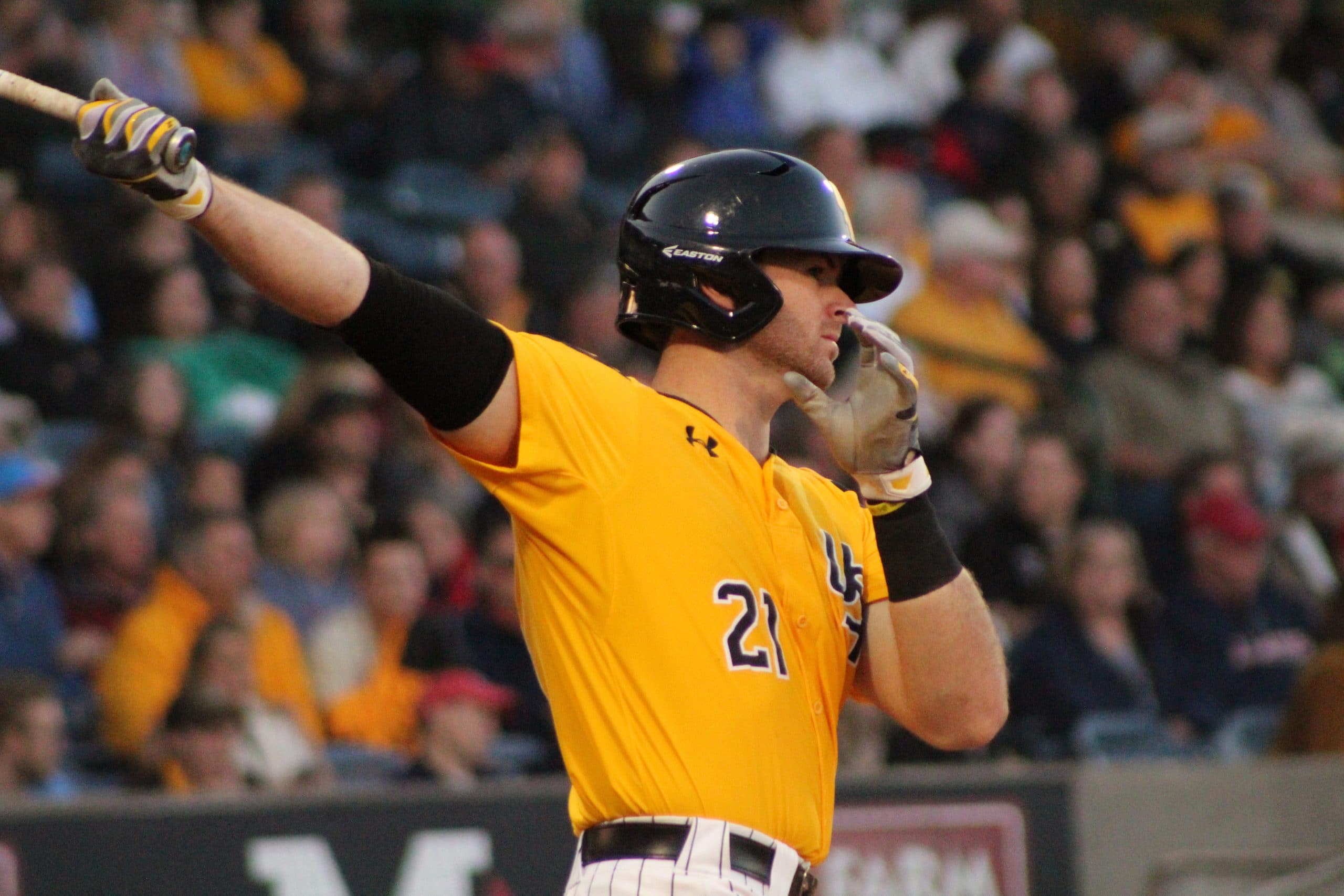 After winning the regular season and C-USA tournament championships, Southern Miss’ season has come to an end in the Fayetteville Regional of the NCAA Tournament after a 9-4 loss to Dallas Baptist.

After the Golden Eagles beat Dallas Baptist in game one of the regional on Friday, they dropped Saturday’s matchup with Arkansas 10-2 setting up today’s elimination game. Dallas Baptist was able to plate one run in each of the first four innings and held a 4-2 lead heading into the 5th inning. With two runners on base, Garrett Wolforth stepped to the plate for the Patriots and knocked a 3-run home run over the right-field fence to give Dallas Baptist a 7-2 lead. The inning wouldn’t end there as Blayne Jones hit a solo home run to make it 8-2 and finished off the 4-run 5th inning.

The USM offense, on the other hand, wasn’t able to find any sustained success. Their only runs came on two separate 2-run home runs; one from Matthew Guidry in the 3rd and another from Hunter Slater in the 9th.

On the mound, Luke Eldred gave the Patriots 8.0 strong innings while his offense did the rest. For the Golden Eagles, Walker Powell was chased after just 4 innings, and the game was turned over to the USM bullpen. Trent Driver came in, and just like Powell, he gave up 4 runs before he was pulled.

All season long, USM had been able to rely on their high-powered offense to keep them in games, but the offense didn’t carry over to tournament time. The team had just 5 hits in their two losses to end their season after they led C-USA in hits for the majority of the season.

After the game, head coach Scott Berry discussed how proud he was of his team as they battled their way through the season.

“The way these young men grew and represented and learned about teamwork…not only for this year but for years to come whether they’re in athletics or in family life and in society. I’m very, very proud. Disappointed that it’s over but very proud of these young men. We never had one off-the-field problem the whole year and that, certainly, equates to success on the field, and that’s what we’ve seen over the past few years. Those are some sacrifices and commitments that those young men make that aren’t easy for 18 to 21-year-olds in today’s world but these guys did and I’m very proud of that.”

The Golden Eagles finish their season with an overall record of 44-18.