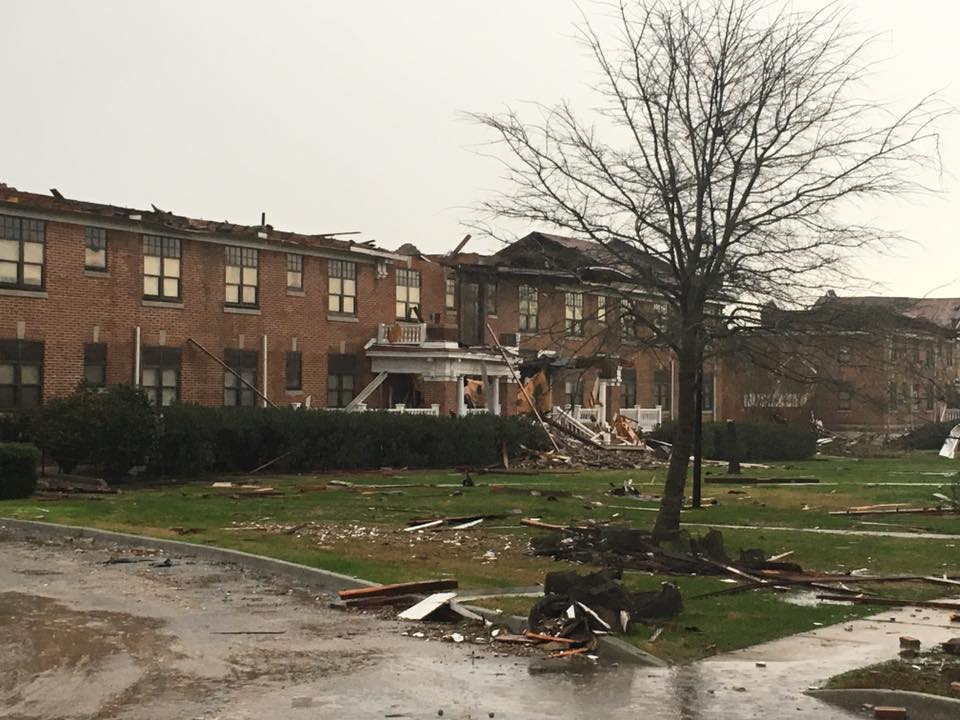 HATTIESBURG, MISS– As students from William Carey University continue to not have a campus after the devastating January 21 tornado, Southern Miss is finding ways to bring the students back to class.

Originally, the University of Southern Mississippi had extended an invitation to William Carey University’s foreign students, housing them in the Hillcrest dorms on the north end of the campus. That’s about 30 or so students.

As of Wednesday, Southern Miss was housing 174 William Carey students.

Jim Coll, the Chief Communication Officer for the University of Southern Mississippi, said that the library’s hours, often restricted to USM use only from midnight to 2am, have been altered to allow for WCU students.

The short-term plan for William Carey, according to Dick Vogel, was that the academic classes would all be hosted online.

Now, Southern Miss is searching and clearing space on campus for William Carey students to be able to host physical classes.

“There are a couple of facilities on campus that were recently vacated as some of the Southern Miss units moved across campus,” said Coll. “For example, Harkins Hall was the school of nursing, but they’ve moved to the new Asbury Hall, leaving Harkins unused.”

Coll said there are other underused spaces on campus that could potentially be used as labs and classrooms for William Carey students, without having to make alterations to the schedules or services available for the Southern Miss students.

“We’d like to help for as long as we can,” said Coll. “We’re not sure how long that is just yet.”

Coll said that Southern Miss suffered its own tornado tragedy in 2013, and the same kindness was shown to them by William Carey and others.

“We had such an outpouring then,” said Coll. “And now we feel like it’s our turn.”

News To Go for Thursday

Raytheon backs out on Meridian construction