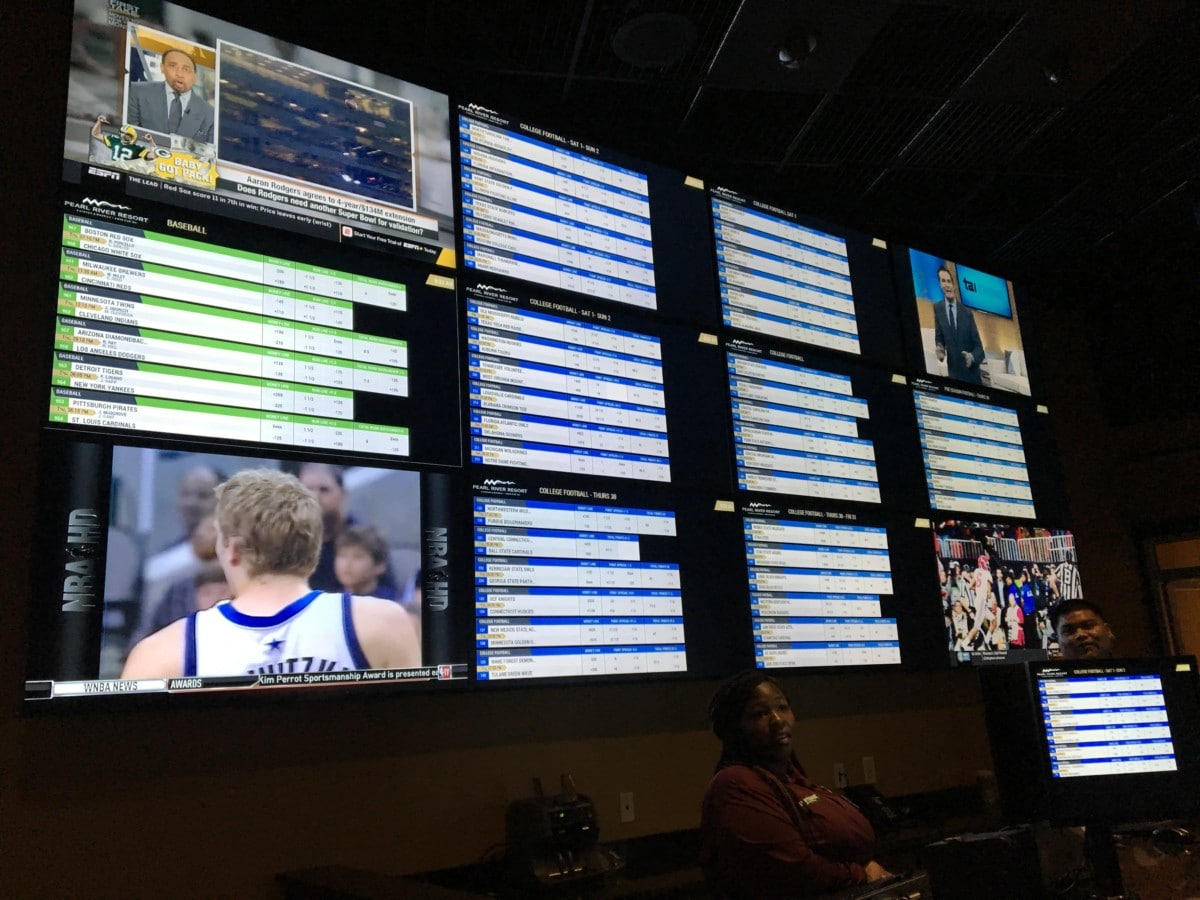 Sports betting has been up and running for a little over a month in Mississippi.

So far, just under $10 million worth of bets have been placed in the 20 casinos across that state that currently offer the new amenity. With that being said, this will not likely mean that the state will see a large boost in revenue just yet.

In the past, Allen Godfrey, Executive Director of the Mississippi Gaming Commission (MGC), stated that the state will have an 8% tax and the local tax will be 4% on payouts from sports betting. The $10 million figure is based on “handled money”, not payouts. According to the MGC, the state will likely see around $500,000 – $1 million of that total.

The eventual revenue will go to roads and bridges across the state after the legislature recently passed the Mississippi Infrastructure Modernization Act during the special session in August.

According to the Deputy Director of the MCG, Jay McDaniel, the numbers are right on par with where casinos expected them to be at this point.

While the revenue share from sports betting for the state may not be significant at this point, McDaniel noted that this doesn’t mean the impact will not be seen.

“In the first month, we’re not going to see a huge increase of tax revenue,” McDaniel said. “What we’re hoping is to see more of an increase in the residual revenue – hotel rooms, people coming to eat, and overall foot traffic.”

Mississippi is one of just four states that currently offers sports betting after the Supreme Court’s decision, and it’s the only state in the region to offer it. This makes Mississippi a destination for those wishing to place bets, and McDaniel stated that new visitors have begun to come to Mississippi casinos.

“What you’re getting are a lot of players that don’t normally come. They’re coming specifically for sports betting,” he said. “Time will tell whether it bears out over a longer time frame, but right now the estimates are that people are coming and it’s driving traffic into our state.”

The Pearl River Resort in Choctaw is one of the most recent casinos to offer sports betting, as they got it up and running at the end of August. While it hasn’t been very long, Neal Atkinson, with the resort, stated that they’ve been pleased with the turnout so far.

“We wanted to be conservative on our estimates, our head counts, and how much ‘handled’ that we would do, and I can honestly say that it’s about 50% more than what we projected,” Atkinson said.

Both McDaniel and Atkinson agreed that numbers will continue to grow as football season progresses, and Atkinson said that comfort will also be a factor.

“As people become more confident and familiar with legalized sports betting, we certainly think more people will take advantage of it,” he said.

As for the challenges of the first month, McDaniel said that they are continuing to find new ways to combat the illegal sports betting markets.

“What we’re trying to do is partner with as many law enforcement agencies as we can,” McDaniel said. “With legal sports betting going, we’re trying to get more people involved. Now that we have a legal market, we want to protect it.”

The illegal markets primarily exist online, and Mississippi law only allows for betting inside of a “brick and mortar” casino. Whether or not Mississippi will ever add mobile gaming, McDaniel said that “only time will tell.”