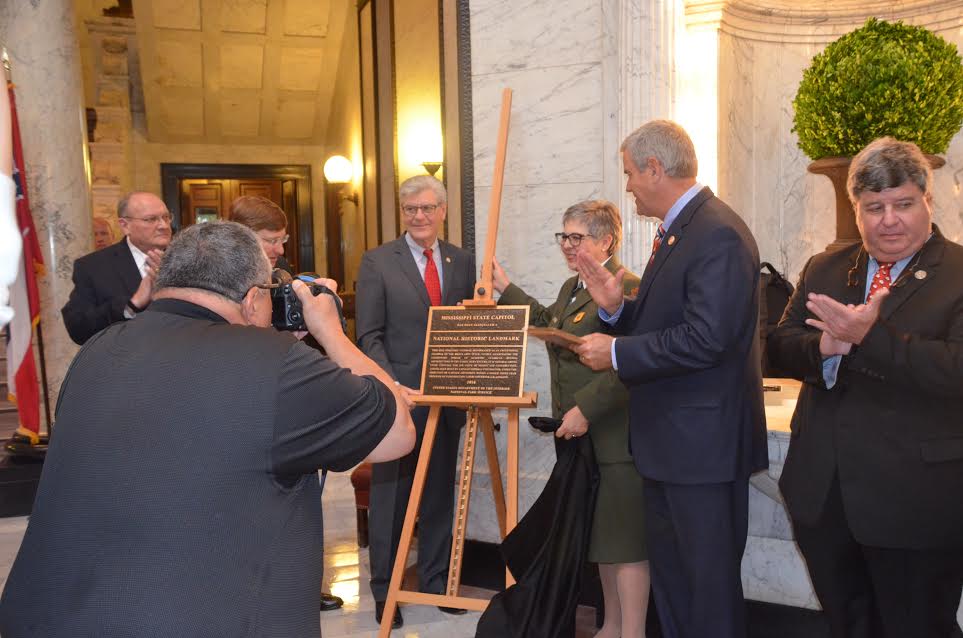 Photo courtesy of the House of Representatives

The ceremony was held on Thursday, May 4, at the Mississippi Capitol, Second Floor Rotunda. 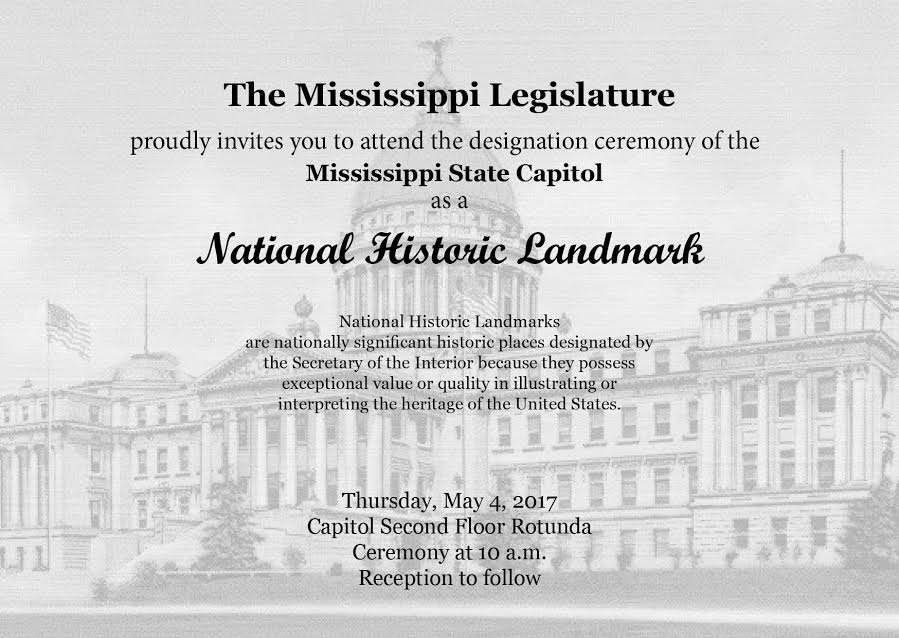 Today, there are just over 2,500 historic places with this distinction.

The text on the landmark given at the ceremony reads:

“This site possesses national significance as an exceptional example of the Beaux Arts style, vividly illustrating the nationwide spread of academic classical revival architecture in the early 20th century. It is notable among state capitols for its unity of design and construction, having been build by a single general contractor, under the direction of a single architect, within a single three-year program of construction led by Gov. A.H. Longino.”

During the ceremony Speaker Philip Gunn read from the House Journal of 1800’s when the location of the state capitol building was being considered.

Family members of former Governor A.H. Longino were also in attendance (as seen above).