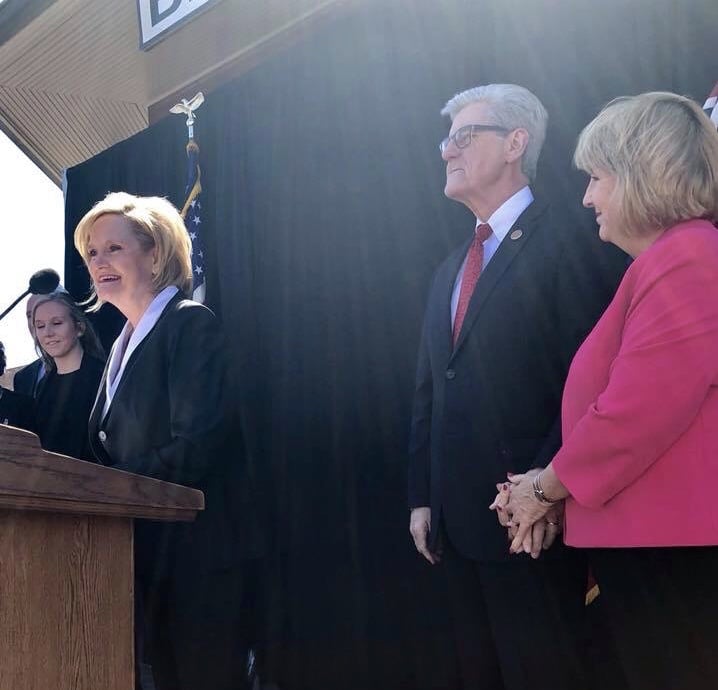 Governor Phil Bryant appointed Commissioner of Agriculture Cindy Hyde-Smith to take over for Senator Thad Cochran. She will be the first woman sent to our nation’s Capitol to represent Mississippi.

“Governor Phil Bryant has made an excellent and historic pick in Cindy Hyde-Smith to be our next United States Senator,” said U.S. Senator Roger Wicker. “She served admirably in the Mississippi Senate and as our Commissioner of Agriculture, and I know she will be an effective, conservative Senator from day one.  I look forward to being her colleague and working with her to serve all Mississippians.”

“Commissioner Hyde-Smith has worked tirelessly on behalf of the men and women in agriculture, Mississippi’s largest industry and a treasured way of life in our state,” said Governor Phil Bryant. “Her intellect, compassion, toughness, and determination to get things done exemplify everything Mississippi needs in the United States Senate. I know she will continue to faithfully serve every Mississippian in her new role.”

“Congrats to Cindy Hyde-Smith on her historic appointment to the U.S. Senate from Mississippi,” said Lt. Governor Tate Reeves. “I know she will serve our state well.”

“I hope colleagues will join me in welcoming Cindy Hyde-Smith, who will join us in the Senate in April,” U.S. Senate Majority Leader Mitch McConnell, R-Kentucky, said. “Gov. Bryant made an excellent choice to serve the people of Mississippi in the United States Senate. Commissioner Hyde-Smith has had a long outstanding career of public service in Mississippi, first in the state senate and most recently as the first female Commissioner for Agriculture and Commerce. She will also make history here in Washington as Mississippi’s first female U.S. Senator. We’ve got important work to do for the American people and are eager for her to join us here in the Senate.”

“I fully support Governor Bryant’s selection of Commissioner Cindy Hyde-Smith to be our next United States Senator,” said U.S. Congressman Gregg Harper. “Cindy Hyde-Smith is a solid conservative that will represent Mississippi well and with great integrity. The Governor has made an excellent selection, and I look forward to serving with her in Washington, D.C.”

“As a member of the House Appropriations Subcommittee on Agriculture, I understand how important this industry is to our state,” said Congressman Steven Palazzo. “Cindy Hyde-Smith has the experience and expertise to hold her fellow Senators accountable to sustaining and protecting those vital agriculture policies that are a result of the many years of hard work by the Mississippi delegation.”

“Cindy Hyde-Smith is a great choice to fill Senator Cochran’s seat in the United States Senate,” said Congressman Trent Kelly. “She is a sharp, down to earth conservative who will represent Mississippi well on everything from supporting agriculture to cutting red tape.”

“I am truly humbled and honored that Governor Phil Bryant has asked me to serve as your next U.S. Senator,” said Cindy Hyde-Smith. “I am eager and excited to get to Washington to begin work on issues that are important to every Mississippian. I am extremely grateful for the work of Senator Thad Cochran. His contributions to the state of Mississippi have been invaluable,” Commissioner Hyde-Smith said.”