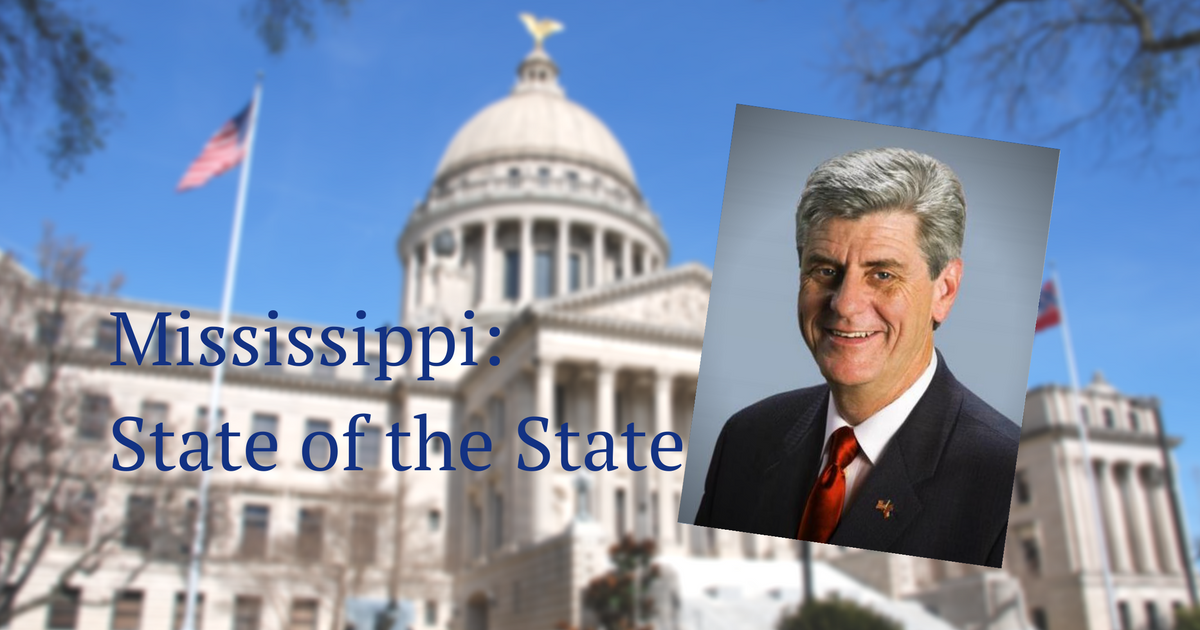 JACKSON, MISS– The State of the State Address Tuesday night gave Governor Phil Bryant the opportunity to update Mississippians on the victories the state has won and the challenges that lie ahead.

The Governor discussed the state trooper shortage, foster care, and consolidation of government agencies, as well as the past that Mississippi has had to overcome.

While several points elicited applause from legislators, elected officials, and the special guests, there was one major point lawmakers said the Governor failed to discuss.

“It is infrastructure,” said Senator Willie Simmons. “It’s a major problem, and we need billions and billions.”

Senator Simmons has discussed drafting a gas-tax increase bill that would raise the needed funds for infrastructure.

“We have to start talking about generating the money about,” said Sen. Simmons. “That’s one thing I wished he had talked about, and had encouraged the leadership in both the House and Senator to find the money for.”

Attorney General Jim Hood agreed with Simmons, and said the lack of infrastructure talk in the speech was surprising.

“It’s the second biggest problem they have other than education,” said Hood. “And raising revenue for that issue is not hard, but you can’t dump it all on working people.”

Hood said what was most frustrating was that the legislature knows what needs to happen.

“The MEC gave them a plan on a silver platter,” said Hood.

However, Mississippi Economical Council head Blake Wilson said the speech was exactly what it was supposed to be.

“It was positive, lots of positive things said here tonight,” said Wilson. “And that’s what the State of the State address is about.. looking aspirationally at the opportunities for Mississippi. And he focused on those and that this bicentennial year for Mississippi is a great time to celebrate.”

Click HERE to watch the State of the State address if you missed it Tuesday night.