Mississippi State Has No Issues With Bowling Green in 45-14… 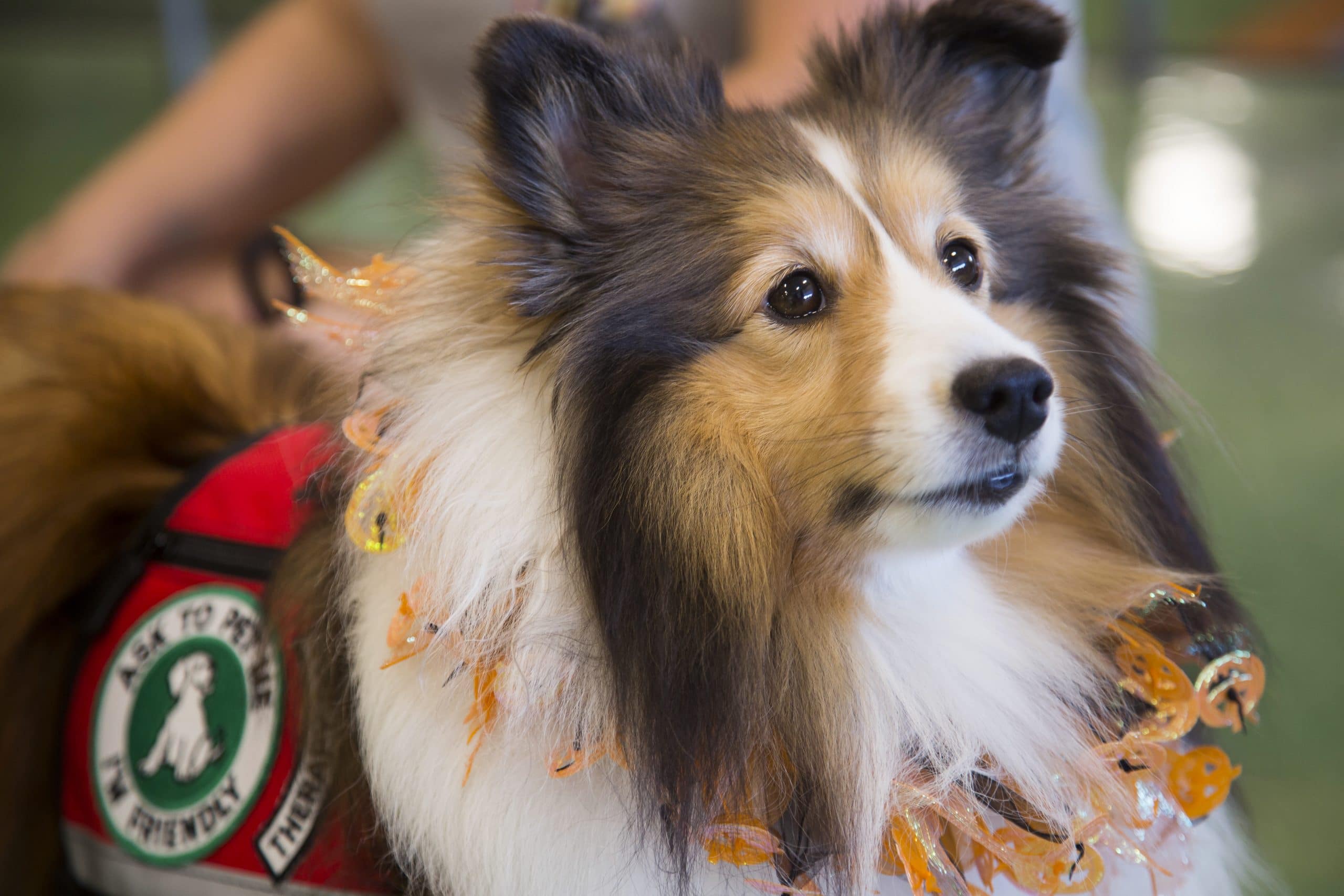 Walking down the halls of a hospital there are many things you see. There’s doctors, nurses, patients, and medicine, but would you be surprised if you ran across a four legged visitor, tail wagging and ready to greet you?

Well, for patients at Batson’s Children’s Hospital, they’re no stranger to having guests with a furry coat. They’re called Therapy Pets and are certified animals that visit hospitals, nursing homes, and other facilities to bring a little bit of joy to the day.

For Susan Raphael, pet therapy started back in the 1980’s when her grandmother was admitted to a nursing home.

“My grandmother was very fond of my first sheltie (Shetland Sheepdog) that I had. After she was admitted to a nursing facility and lived there the remainder of her, life I got permission to take my dog to visit her there. I had no idea that there was even anything going on in the world called pet therapy,” said Susan.

As she would make these visits to her grandmother with her dog, Susan would notice other residence, who were normally very kept to themselves, being drawn to the animal. She said she found it interesting to see the connection that they would have with the her.

That’s when it all began. After Susan moved to the Metro area from Hattiesburg, she found out about Pet Therapy during an obedience class with her younger sheltie, Lyla. After beginer obedience classes, she took Lyla through more advanced courses and eventually had her evaluated as a pet therapy dog. Passing the test makes you eligible of certification. Lyla and Susan are certified with an organization called Therapy Dog International and are required to keep up to date with shot records and paperwork.

“It sounds like some big official complicated thing. The main thing is just finding a dog that likes people and gets along with other dogs,” said Susan.

These dogs are there to provide love, emotional support and a sense of comfort for patients or residence of a facility. They are not trained to assist in any physical capacity.

Susan and Lyla began going to Batson in 2002 when a pet therapy program was approved by UMMC. Susan said Chaplan Doris Whitaker was passionate about having dogs in the facility, especially for children at Batson. The program has since grown to include other dogs as well.

“I never expected to be involved with something like this, but it has been one of the best experiences of my life,” said Susan.

Lyla visits patients at Batson as often as she can.

MHP on patrol for Thanksgiving, buckle up and drive safe

Happy Franksgiving (You read that right!)