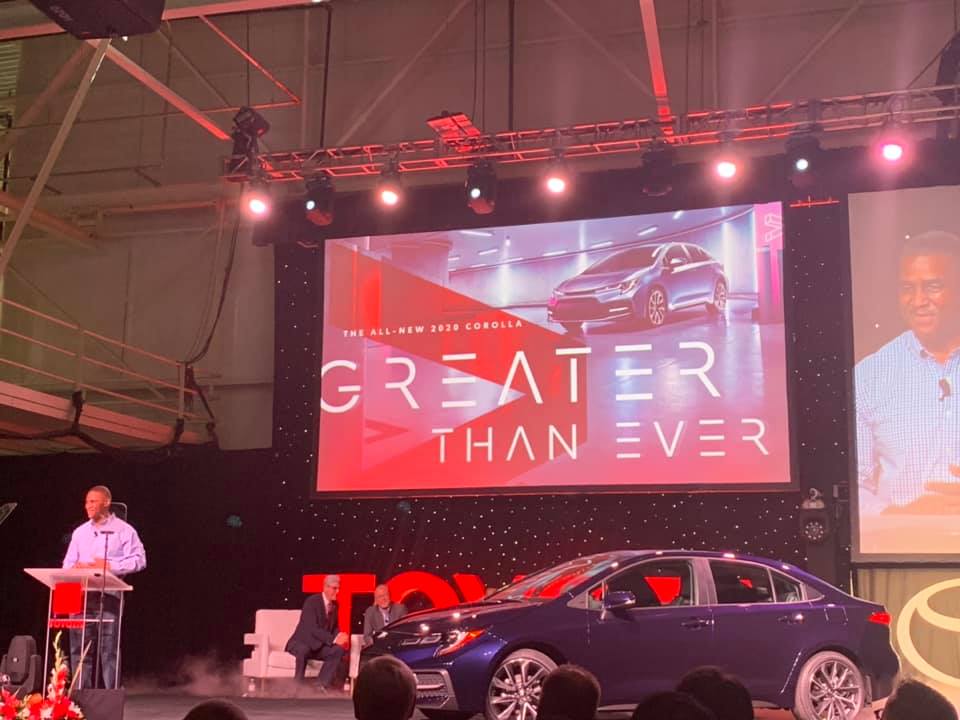 “We have an extraordinary team in Mississippi building a remarkable vehicle,” said Suggs. “I can honestly say we get better every day, and it’s because of our amazing team members. I can’t wait to see what happens next for our plant, our community, and as we like to say, the Toyota Mississippi Family.”

Here’s a video of the 2020 Corolla. Congrats to the team! pic.twitter.com/bGgpdpfaQs

Suggs also presented the town of Blue Springs with the first 11th-generation Corolla that rolled off the line at Toyota Mississippi on September 7, 2013. Town of Blue Springs Mayor, Rita Gentry said the vehicle will be used to support the day-to-day functions of the Blue Springs Police Department.

More than 2,000 people come together each day in Blue Springs to build the world’s most popular compact sedan for customers across the Americas and the Caribbean.

“The role of our team members is critically important, not only to Toyota Mississippi but to Toyota as a global mobility company,” Reynolds said. “I am so proud of the Toyota Family in Mississippi, and I am grateful to be part of this special day.”

Toyota announced in April 2018 that it would invest $170 million in its Mississippi plant to build the 12th-generation Corolla using TNGA — the new way Toyota designs, engineers and produces its vehicles.

With more than 46 million vehicles sold globally since its introduction in 1966, Governor Phil Bryant said in a social media post that the plant has the capacity to produce 170,000 Corollas annually.