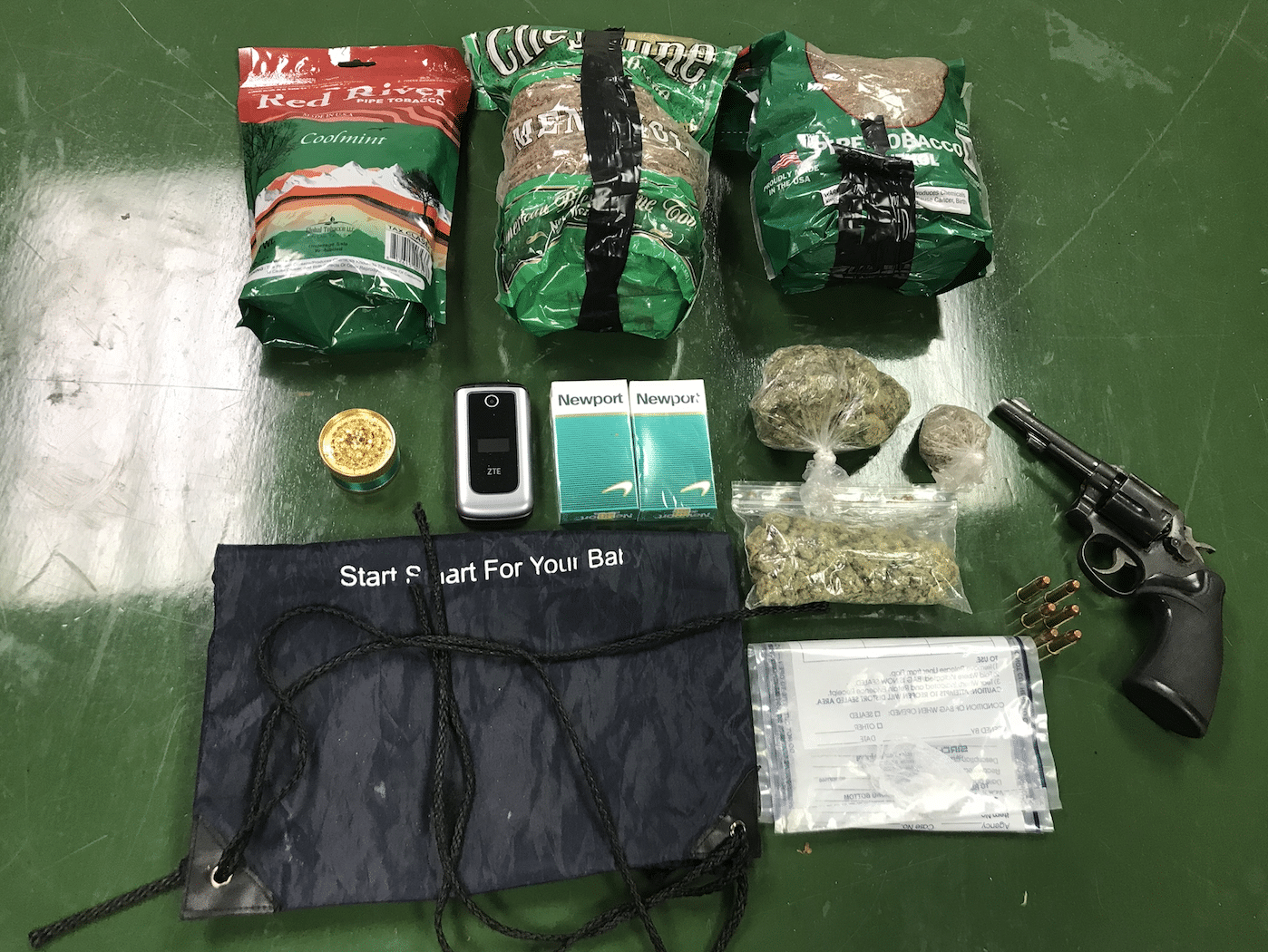 Two men have been arrested after attempting to pick up a package filled with drugs, cell phones and other items that, according to Hinds County officials, were previously dropped off at the Raymond Detention Center for inmates to smuggle in the jail.

43-year old Charles Irving, Jr. of Kosciusko, has been charged with Conspiracy to Introduce Contraband into a Correctional Facility, and Possession of a Controlled Substance with Intent to Distribute.

Major Pete Luke detailed how the two were caught by saying they were wandering through a wooded area around the jail in the early morning hours of Thursday.

“Deputies discovered the two wandering through a wooded area adjacent to the jail around 2:30 a.m. Thursday morning. Johnny Williams delivered the package earlier and decided to retrieve it back since it could not be smuggled in at that time. Williams was also armed with a .38 caliber pistol when deputies confronted him,” Luke said.

Williams and Irving are being held at the Raymond Detention Center.