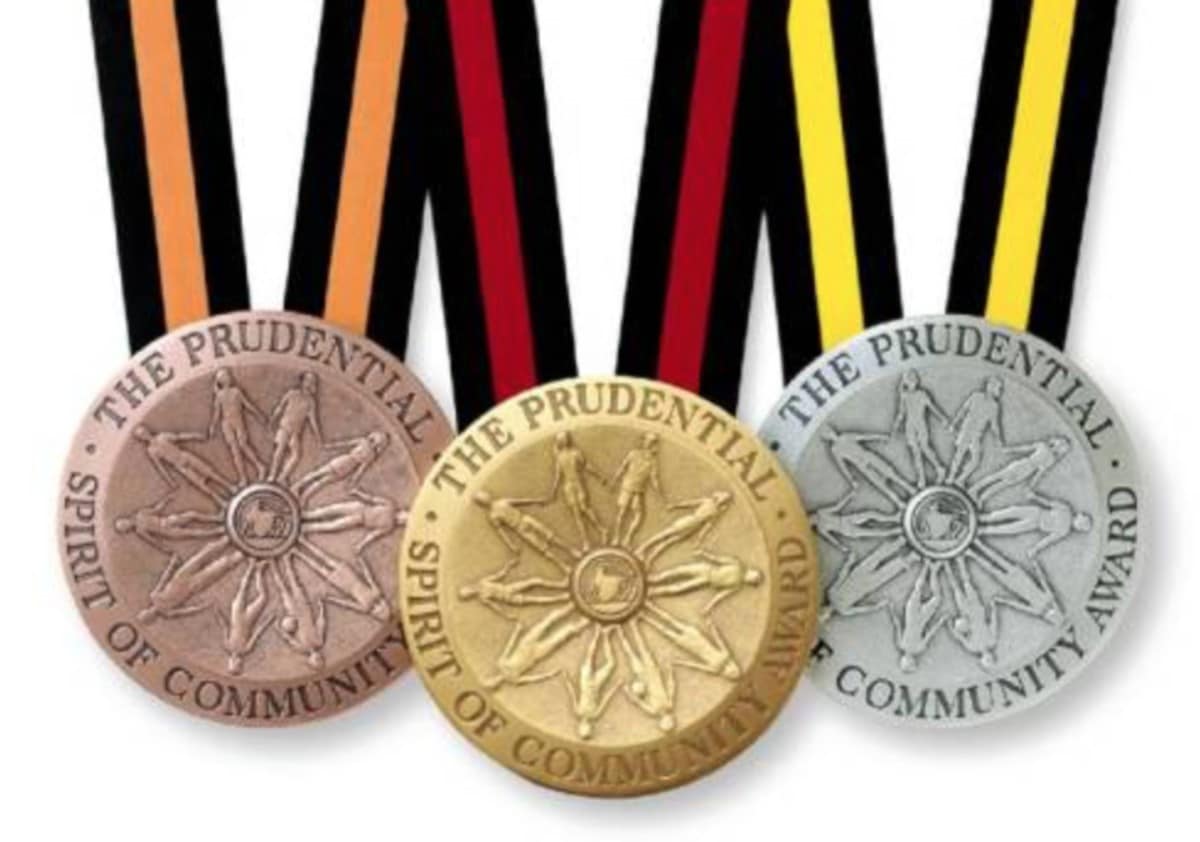 Two Mississippi students are among a select group of students nationwide who have been recognized as top youth volunteers for 2019 in the 24th annual Prudential Spirit of Community Awards. More than 29,000 young people across the country participated in this year’s program which is designed to emphasize the importance of service to others.

Keegan Figueroa, 13, of Mooreville, an eighth-grader at Mooreville Middle School, helped collect almost 30,000 pounds of basic necessities and deliver them to Puerto Rico a month after Hurricane Maria devastated the island. Keegan’s father was born in Puerto Rico and lived there until he was 16.

“Most of his family still lives there,” said Keegan, who has visited the island several times,” Keegan said. “When the hurricane hit, I was terrified. I instantly knew that I wanted to help.”

To help the family’s efforts in delivering supplies to Puerto Rico, Keegan decided to get students at his school involved in the cause. He posted flyers and posters that explained what items were needed and placed donation boxes at every entrance to the school. Keegan and his family also solicited help from churches, clubs, and organizations, as well as local businesses.

After donations such as medicine, hygiene products, diapers, baby formula, batteries, and generators were stored in the Figueroa garage, Keegan organized a group of 20 friends to pack items into boxes.

Keegan and his father traveled to Puerto Rico to distribute the donations to people in need. While on the island, Keegan also worked with the National Guard to deliver care packages, purify water and start rebuilding houses.

Joseph Voynik, 17, of Flowood, a senior at Jackson Preparatory School, worked for four years and raised more than $600,000 to construct a fully accessible baseball field so that children with disabilities could experience the joy of playing America’s national pastime.

Joseph has always been aware of the obstacles faced by people with disabilities; when his mother was in high school, a car accident paralyzed her from the waist down.

Joseph and his classmates helped organize a one-mile run that raised $10,000 for his cause. With his parents’ help, he established the Miracle League of Central Mississippi and persuaded a neighboring town to provide a site. After raising hundreds of thousands of dollars over several years, he helped plan and oversee the construction of the field itself, with a rubberized surface and wheelchair-accessible dugouts.

“I believe this field and league of players has opened the hearts and eyes of many in the community to see all that these disabled players can accomplish when given the opportunity,” Joseph said.

“Mississippi’s Prudential Spirit awardees have found ways to use their life experiences and talents to benefit others,” said Dr. Carey Wright, State Superintendent of Education. “I am extremely proud of these students for working so hard on projects that benefit other people.”

Reconstructing the hit that sent Ole Miss to Omaha