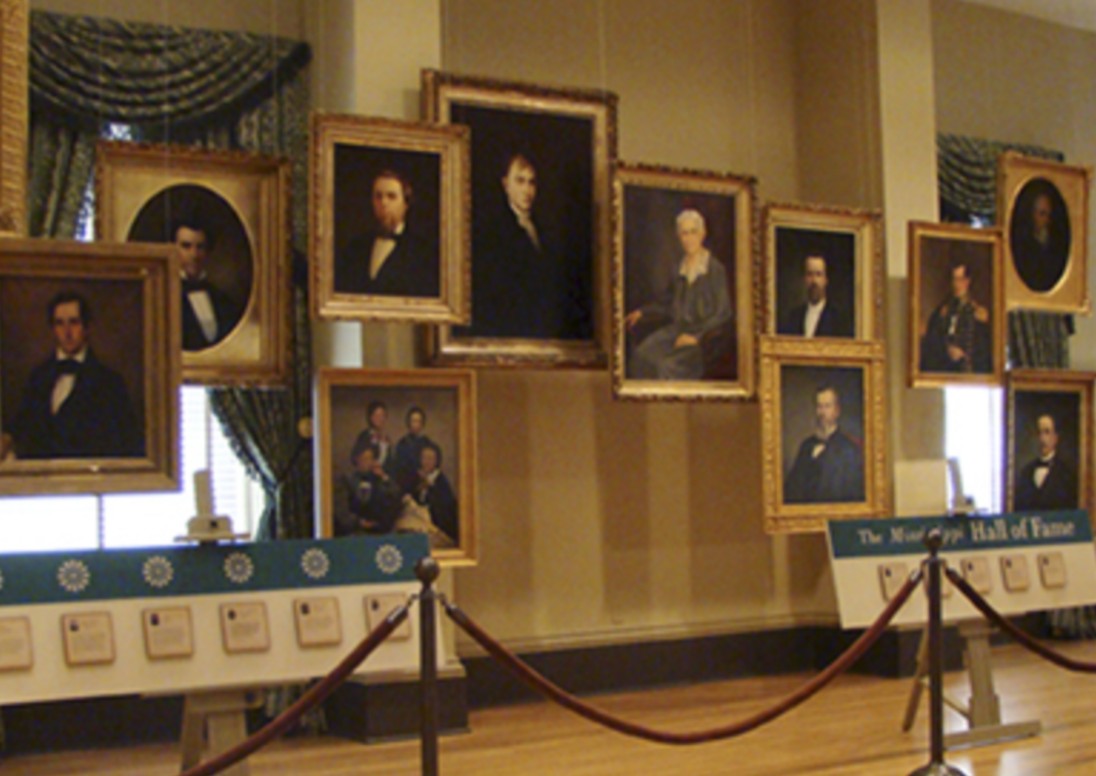 photo courtesy of mississippi department of archives and history

The portraits of two giants of Mississippi medicine, Dr. Arthur C. Guyton and Dr. James D. Hardy, were presented for dedication into the Mississippi Hall of Fame in the historic House of Representatives Chamber of the Old Capitol Museum in a public ceremony.

Arthur Clifton Guyton was born September 8th, 1919, in Oxford, Mississippi. He attended medical school at Harvard University to pursue a surgical career. During his residency Guyton was diagnosed with polio, and the residual paralysis forced him to turn from surgery to medical research. His rehabilitation inspired him to design special crutches and braces, hoists for lifting patients, and the motorized wheelchair with joystick; a presidential citation followed in 1956 for these inventions.

That same year, Guyton published the first edition of Textbook of Medical Physiology. The book, now in its thirteenth edition, is still the best-selling physiology textbook in the world. Guyton’s groundbreaking work on cardiovascular physiology influenced the way physicians treat hypertension, congestive heart failure, and edema today. The National Institutes of Health grant that he was awarded in 1968 is still ongoing and is among the longest-running grants in NIH history. Dr. Arthur C. Guyton died in 2003.

James Daniel Hardy was born May 14th, 1918, in Newala, Alabama. He graduated in 1942 from the University of Pennsylvania School of Medicine, then served in the U.S. Army Medical Corps during World War II. In 1955, Hardy became the founding chairman of surgery at the University of Mississippi Medical Center in Jackson. In 1963, he led the team that performed the world’s first lung transplant. The following year Hardy and his team transplanted the heart of a chimpanzee into a dying man, predating the first human-to-human heart transplant by three years.

The Hall of Fame contains 136 distinguished Mississippians, including Gulf Coast artist Walter Anderson, author Eudora Welty, civil rights hero Medgar Evers, Choctaw chief Pushmataha, and federal judge Burnita Shelton Matthews. Any Mississippian—native or adopted—deceased at least five years may be nominated for the Hall of Fame. Elections are held once every five years and only five people may be inducted into the Hall each cycle. Portraits of members of the Hall of Fame hang in the historic Senate Chamber and throughout the Old Capitol Building.