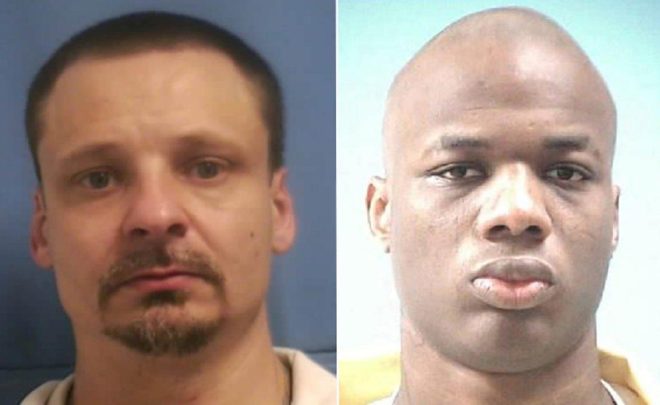 JACKSON – The Mississippi Department of Corrections is still seeking two inmates who have escaped the Mississippi State Penitentiary at Parchman.

A reward is now being offered by Crime Stoppers of $2,500 for any information that could lead to the capture of the two inmates on the run.

James R. Sanders and Ryan Young are both considered armed and dangerous. They are believed to have escaped Unit 30 between late Sunday night and early Monday morning. They were discovered missing during the routine count.

Sanders, 41, is serving life for homicide/murder. He was sentenced July 19, 2000 in Lafayette County. He is a white male with blue eyes, standing at 5 feet 9 inches tall and weighing 170 pounds.

Young, 22, is serving 40 years for burglary of a vehicle, burglary of a residence, grand larceny, and possession of a firearm by a convicted felon in Claiborne County. He is a black male with brown eyes, standing at 5 feet 9 inches tall and weighing 193 pounds.

Nurses: On the Front Lines of Medicine