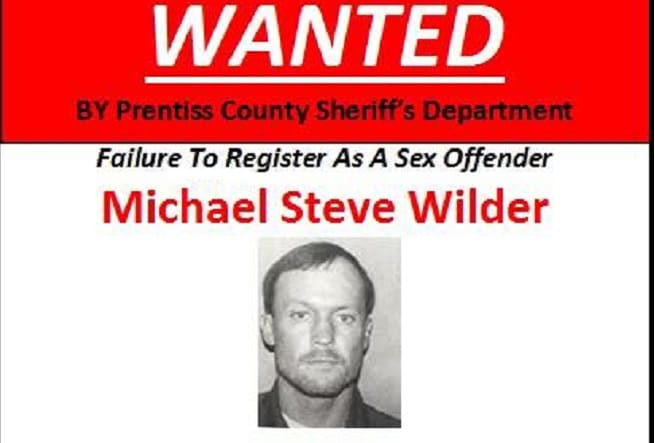 Earlier today Wilder turned himself in after contacting US Marshals and turning himself in to them in Union County.

Wilder has since been transported to the Prentiss County Jail.

Wilder’s Bond has just been set on the Charges of Failure to Register as Sex Offender at $15,000 and a hold has been placed on him by the MDOC.

The Prentiss County Sheriff’s Office is looking for a sex offender.

Michael Steve Wilder is wanted for failing to remain in compliance with the Sex Offender Registry requirements. Authorities consider him dangerous.