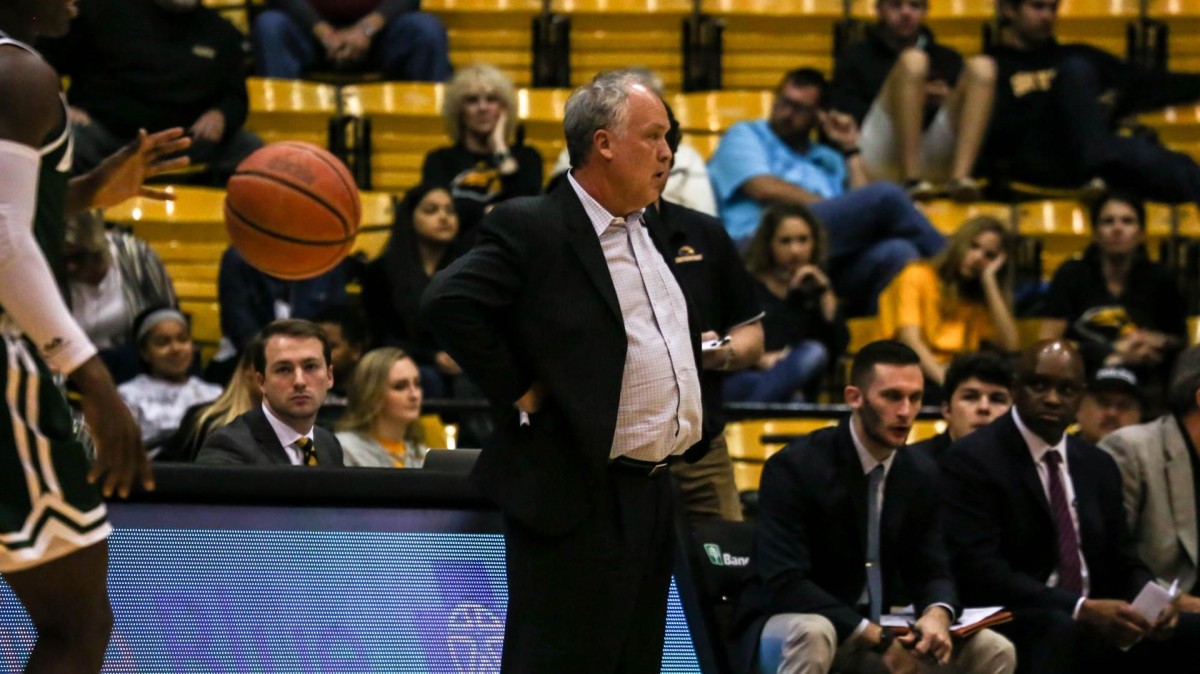 Photo courtesy of US Athletics

Sadler led the Golden Eagles for the past 5 seasons, and this past season, USM finished tied for second in league play – the highest finish during his tenure.

It has been speculated that Sadler is a candidate to join Fred Hoiberg’s staff at Nebraska — where Sadler coached from 2006-2012 — and in his statement, Sadler seemed to elude to a willingness to accept an assistant role.

“I’d like to thank the administration, fans, and especially the players for sticking with us through difficult times but also in the fun times,” Sadler said. “As a coach, one of the things that I always try to do is prepare my players for life and hopefully I have lived by that example. With the support of my family, I’ve decided it’s time for me to take a step back from being a head coach. I feel very comfortable doing that as I know that I am leaving this program in a good position.  After 16 years as a college head coach, it’s time to evaluate what’s next for me. With a new athletic director in place and a talented young team I feel that the best days are ahead for Southern Miss basketball.”

New AD Jeremy McClain thanked Sadler for his effort as the head coach at USM and wished him well on his way out.

“I want to thank Doc Sadler for his time, effort, and commitment to the University of Southern Mississippi and our men’s basketball program,” said Director of Athletics, Jeremy McClain. “He inherited a very difficult situation five years ago but has done an outstanding job putting our program in a positive position going forward. We wish him and his family the very best on the next step in their journey. Our attention now turns to the student-athletes within our basketball program and to find the right leader to help them continue to grow as athletes and men.”

The school’s news release credited Sadler with guiding the team through “an uncertain time” in the midst of NCAA sanctions.

USM’s win total improved each year under Sadler, and his tenure ended with a 20-win season. His overall record at USM was 56-94.

USM stated that a national search for a new coach will begin immediately.

Does coffee provide a competitive advantage?