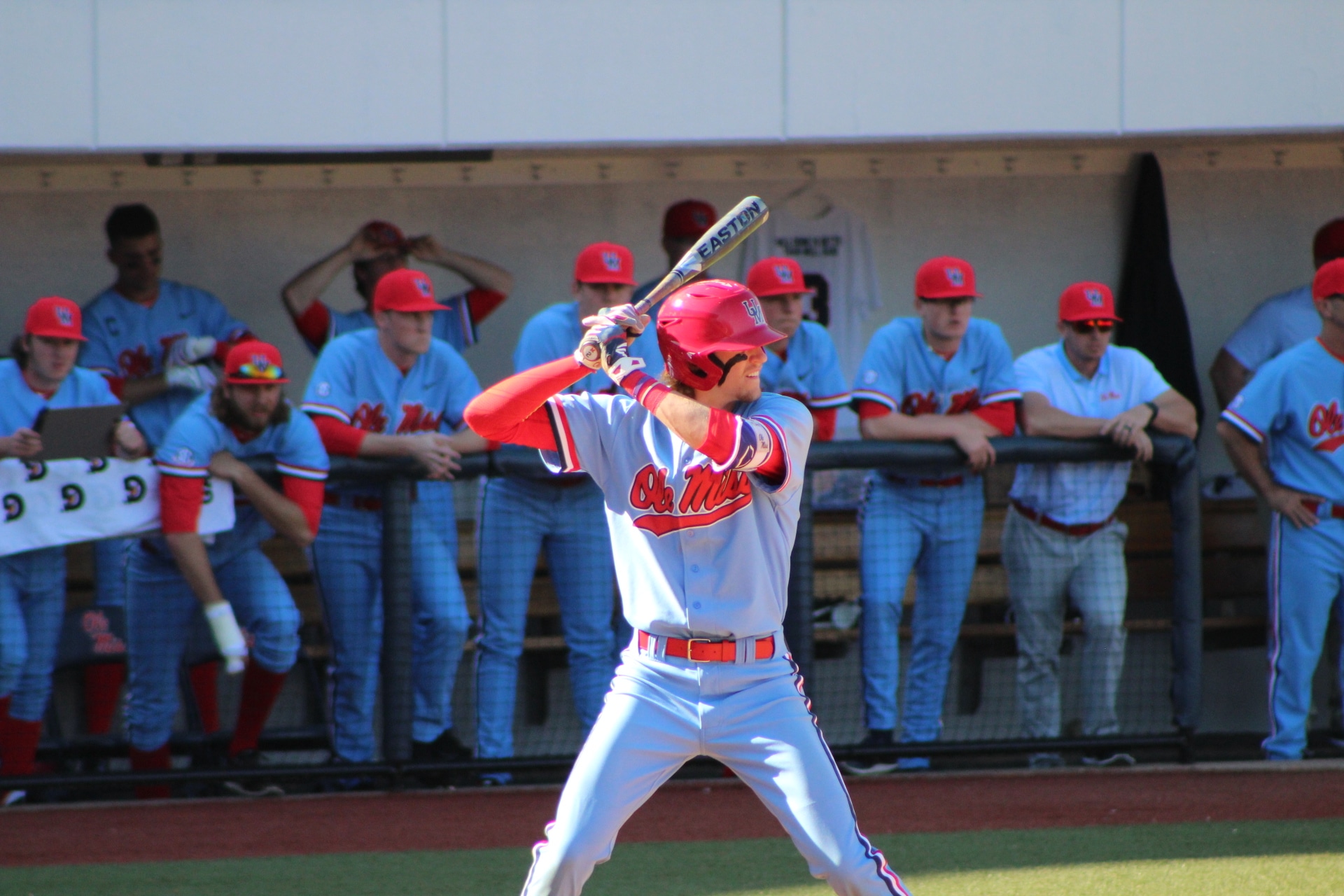 #3 Ole Miss was set to travel up the road to take on Memphis today, but mother nature said otherwise.

The Rebels matchup with the Tigers has been postponed until Wednesday due to potential inclement weather.

ICYMI, #RebsBSB ⚾ midweek game at Memphis has been moved to Wednesday due to chance of inclement weather.

After taking two of three from #5 Arkansas over the weekend, the Rebels step out of conference for this game, but they’ll attempt to bring the same type of intensity. This game may not be an SEC matchup, but the proximity of the two schools has always made for an intriguing rivalry.

When Ole Miss does step between the lines tomorrow, they’ll have a chance to improve to 26-4 on the season. While building up a bevy of wins in non-conference play can be a confidence booster, it’s all about carrying that type of play over into SEC play, and the Rebels have done just that so far.Ole Miss has dropped just one game in each of their three SEC series against Tennessee, #11 Texas A&M and #5 Arkansas.

These two teams are familiar with one another after a February meeting, during which the Tigers proved to be a tough out for Ole Miss in Oxford. An 8-6 game was won by Ole Miss, but the teams combined for 25 hits, and the Tigers continued to fight back throughout the game. Memphis now holds a 9-19 record, but a win over a top-3 team like Ole Miss could be one that turns a season around, so the Rebels cannot look past the Tigers.

That may be easier said than done for Mike Bianco’s team, as they have a meeting with the Bulldogs set for this weekend in Starkville. While the Bulldogs haven’t had quite the start to the season that they were hoping for, all bets are off when bragging rights are on the line. Ole Miss is 6-2 on the road so far and Wednesday’s game begins an 8-game road trip for the Rebels.

Pitching Matchups for Wednesday’s matchup have not been announced and first pitch in Memphis is set for 6:30 p.m. All tickets that were purchased for Tuesday’s originally scheduled game, will be honored Wednesday.

Institute for Disability Studies to hold screening for Autism events