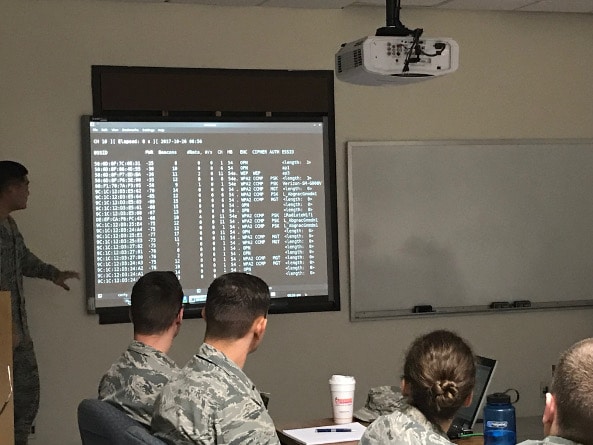 Home wifi networks are at risk of being hacked after a recent WPA2 encryption issue.

News Mississippi recently sat down with Capt. Jonathan Han and Capt. Michael Knieriem, cyber instructors at Keesler Air Force Base, to talk about wifi hacking and the ways to prevent it.

Capt. Jonathan Han said that most homes use a WPA2 wifi router and that it is the safest encryption available to the public at this time.

Han added that passwords are an important part of ensuring that a home system does not get hacked.

Han said that when setting up the wifi router, it is important to make sure that the username and password are changed.

Han said that it is wise to check every few weeks or every month to download new updates for fixes to the wifi router.

However, Han said that if the wifi has been hacked and is asking for a ransom for information it is important to immediately disconnect the computer from the internet.

Capt. Michael Knieriem added that password strength and variability is key when trying to outsmart hackers.

Knieriem suggested using patterns and similarities when creating passwords, however, he said that they need to be different.