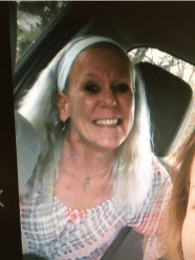 Early Thursday morning an Amber alert was issued for five-year-old Baylee Elizabeth Emison of Clay County. Baylee was kidnapped in what police are calling a “family related incident.”

While Sheriff Scott said they are not releasing Poss’s relationship to the child, he said the grand larceny charge is in relation to Poss stealing a 2012 silver four-door Nissan Frontier pick-up truck when she kidnapped the child.

“All agencies did a fantastic job with this and the Amber alert system, I just can’t say enough about it,” Sheriff Scott said. “One of the greatest resources that we have in law enforcement is the general public and once that Amber alert went out, we started receiving calls from the public, as well as, other law enforcement agencies. We had a lot of eyes and ears out there looking for this child.”