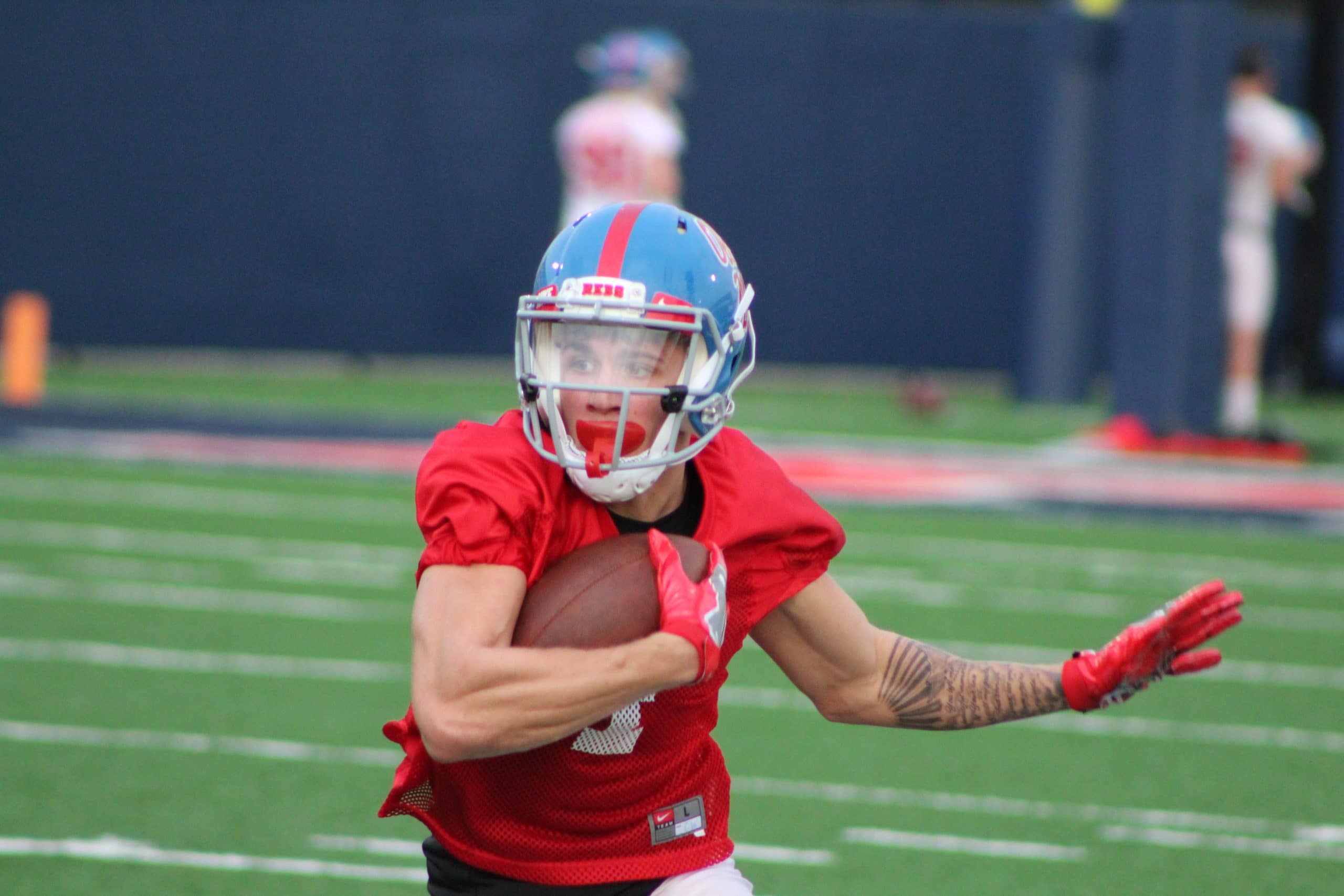 Ever since the NCAA announced that Ole Miss would play the 2018 season under another bowl ban, several players have decided to finish their college football careers elsewhere; on Sunday, that number grew once more.

Former 4-star and Florida native, WR Tre Nixon, has announced that he will leave Ole Miss to play closer to home and join the University of Central Florida. The Golden Knights receive this news following a perfect season which ended with a Peach Bowl win over Auburn. In a tweet, Nixon confirmed the news.

Nixon chose Ole Miss over Georgia, Alabama, Auburn, Florida and many others during his original recruitment process. He did not specify whether it was the NCAA’s ruling or his role in the offense that led to his final decision to transfer. Either could be the case as wide-receiver is Ole Miss’ strongest position led by A.J. Brown and D.K. Metcalf and Nixon didn’t see the field much last season. Nixon redshirted in 2016 and despite appearing in ten games, he caught just one pass for 19 yards during the 2017 season.

LB Breon Dixon also intends to transfer but has not named a destination.