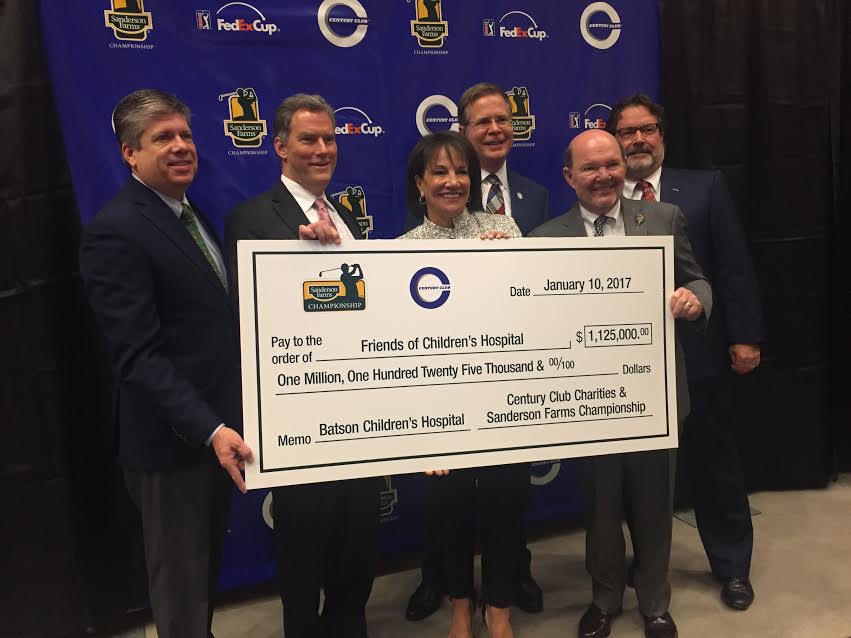 The donation will be part of the Children’s of Mississippi “Growing Campaign.” The funds raised for the capital campaign will allow UMMC to extend and update the children’s hospital area including pediatric care, neonatal intensive care unit (NICU), and additional operating rooms.

“The mission of Century Club Charities is to promote the game of golf to benefit Mississippi charities. Having Sanderson Farms as our title sponsor enables us to give a nice donation to Friends of Children’s Hopsital in support of Children’s of Mississippi’s ‘Growing Campaign,’ which fulfills our mission of benefiting the children of Mississippi,” said Peter Marks, Century Club Charities president.

Century Club Charities is a not-for-profit, tax-exempt 501(c) 3 organization whose mission is to promote the game of golf for the benefit of Mississippi charities. Since 1994, Century Club Charities has served as the host organization for Mississippi’s PGA TOUR event, helping to raise over $12 million for statewide charities.
During the presentation Joe Sanderson, CEO and Chairman of the Board of Sanderson Farms thanked all sponsors and partners for their time and efforts in making this tournament happen and providing the resources to raise the money donated.

“Sanderson Farms became a title sponsor of the tournament because of its philanthropy,” said Sanderson. “As a good corporate citizen, Sanderson Farms gives back to others in the communities where we live. Making a contribution of this magnitude to Children’s of Mississippi at a time when expansion and updates of pediatric care at Batson Children’s Hospital and UMMC are being planned is heart-warming to all of us at Sanderson Farms.”

Sanderson Farms, Inc., founded in 1947, is engaged in the production, processing, marketing and distribution of fresh and frozen chicken and other prepared food items. Employing more than 13,000 employees in operations spanning five states and 13 different cities, Sanderson Farms is the third largest poultry producer in the United States. 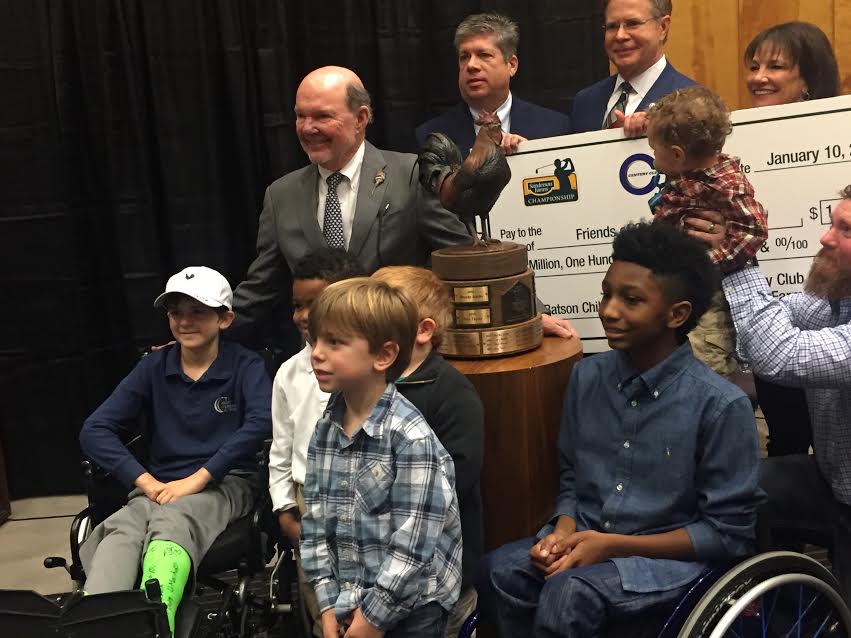 “This year was perfect all around, from the weather and golf course, to the volunteer, sponsor, and spectator support. All of this combined has translated into a record contribution to Friends of Children’s Hospital,” said Executive Director Steve Jent.

The Sanderson Farms Championship is an annual stop on the PGA TOUR hosted by Century Club Charities, a non-profit, 501(c)(3) organization whose mission is to promote the game of golf for the benefit of charity. The tournament’s primary beneficiary is Friends of Children’s Hospital.

Mississippi bill tries to reduce the number of school days