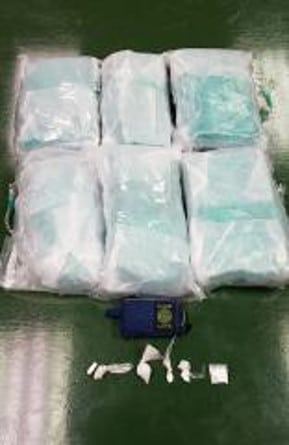 Deputies and officers discovered 13 pounds of Marijuana, cocaine, and Meth at the location.

Major Pete Luke with the Hinds County Sheriff’s Department said that 41-year-old Marcus Course, of Jackson, was taken into custody Wednesday and will face charges of possession of a controlled substance with intent to distribute, possession of cocaine and possession of meth.

22-year-old Reginald Harris, a resident at the Apple Street location was also arrested and will face charges of possession of a controlled substance with intent to distribute and possession of cocaine.