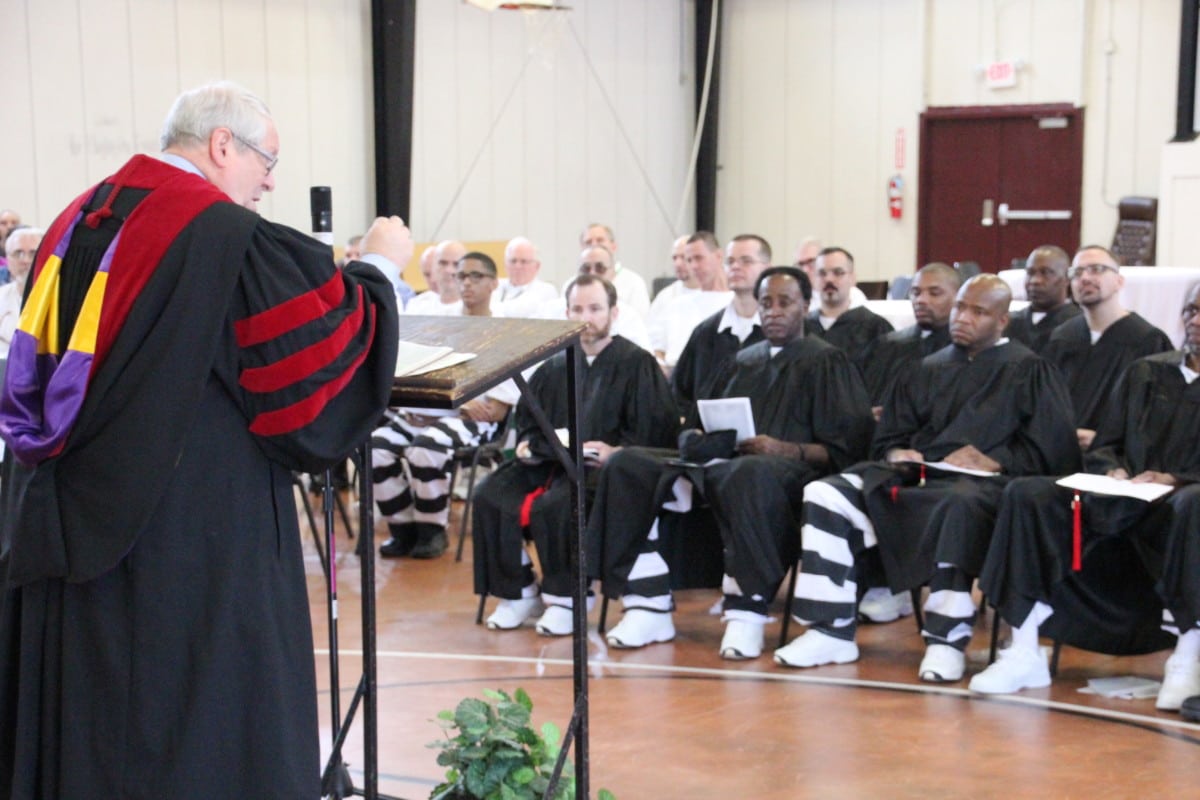 Fourteen inmates at the Mississippi State Penitentiary at Parchman have been awarded associate and bachelor’s degrees in Christian Ministry. They met the requirements of the fully accredited program taught through the Leavell College of New Orleans Baptist Theological Seminary. 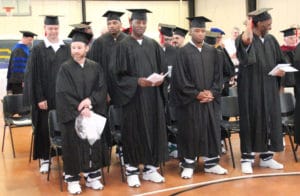 “This program is another example of the many partnerships MDOC has in providing meaningful rehabilitation,” Commissioner Pelicia E. Hall said. “Faith-based initiatives are important to our success.”

Dr. Jim Burke, director of the Faith-Based Initiative or FBI, said graduates are trained to be inmate religious assistants, or IRAs, to assist chaplains “in the spiritual development of inmates as an integral part of prison transformation.”

Dr. Kevin Brown, director of prison programs for the Seminary said that the graduates who were awarded degrees in the ceremony last week will now be able to help further the reach of faith-based efforts in the prison.

“Chaplains have limitations in that they can’t be everywhere all the time,” Brown said. “The graduates are a part of the inmate population and are there all the time. They are like first responders who can be there for their fellow inmates when needed.”

New Orleans Baptist Theological Seminary President Dr. Charles Kelley, served as the keynote speaker for the graduation and said lives have been changed through the program that allows inmates to minister to each other.

“Men like you have jumped deep into understanding God’s word, learning how to teach it,” Kelley said during remarks at the program Thursday. “You have taken Christ to the inmates who live around you and God has changed human lives.”

Inmate Richard Mason said the program has influenced him to think positively and to help others.

“This program honors what God can do for every person, and if it can do that for me, it can do it for anyone,” Mason said. “It has given me the inspiration and knowledge to uplift others who have great potential.”

Inmate Tyrone Stringfellow, who serves as an inmate religious assistant, said he now has a sense of belonging and “the ability to see the needs in others.”

“This degree is the key for me to help improve other lives around me,” Stringfellow said.

Parchman Extension is the second of five programs, including two in Louisiana and one each in Georgia, and Florida.

Applicants must have at least 10 years remaining on their sentence, be free of rule violations for at least one year, and have completed high school or have a G.E.D. They also must have completed a 12-week discipleship course and be recommended by a chaplain or spiritual leader.

The 14 graduates’ studies have ranged from four and a half years to 10 years in completing the required 126 semester hours.

Brown said the FBI program started in 2009 at Parchman with an associate degree and then the bachelor’s degree was added for the second and third classes. The program has generated 65 graduates with a bachelor’s degree. Graduates are not ordained, he said.

“We recognize the MDOC wants to be the best in what it does in rehabilitative efforts and we are honored to be a part of that,” Brown said.

Brown noted that the funding for the program does not come from the state and is privately generated.

“We are honored to be partners with the state in that they allow us to provide this opportunity to make positive differences in people’s lives,” Brown said.

Eat to Protect Your Mind