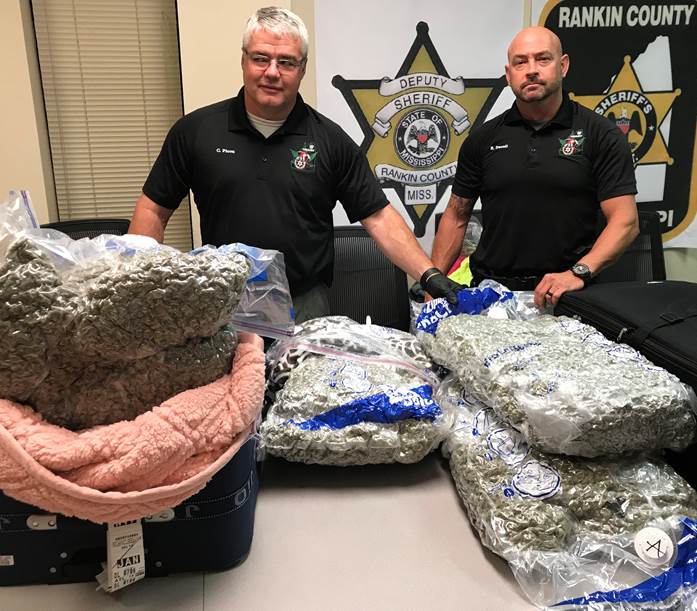 The Deputies and canines were conducting “sniffs” of inbound luggage and all three canines alerted on three large suitcases.

Officers then moved in and arrested George who was arrested for trafficking marijuana and then transported to the Rankin County Jail.

The marijuana is believed to have originated from Los Angeles and was intended to be delivered and distributed in the Jackson Metro Area.

George is set to appear before District Attorney Michael Guest and Rankin County Court Judge Kent McDaniel’s for an initial appearance. No bond has been set at this time.