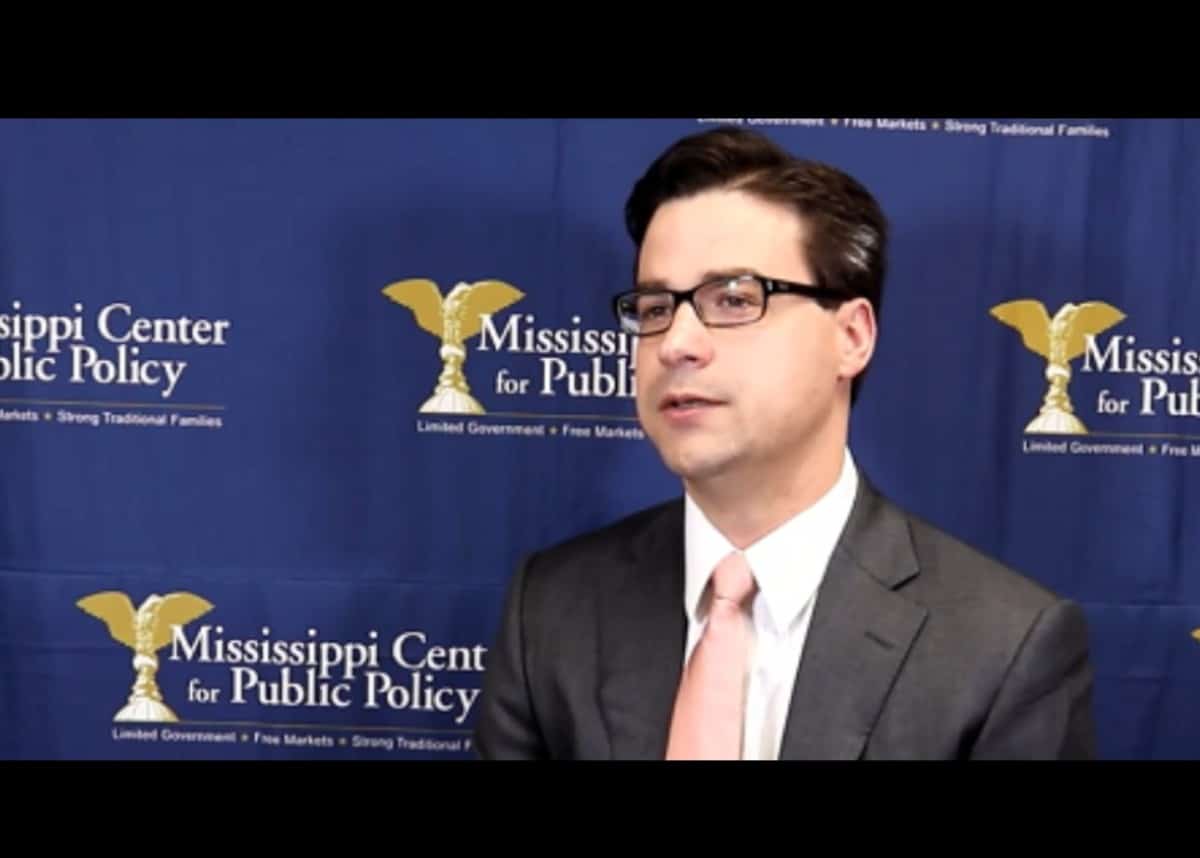 The Mississippi Center for Public Policy (MCPP) announced that Aaron Rice has been named the new Director of the Mississippi Justice Institute (MJI).

Founded in 2016, MJI serves as the legal arm of MCPP, representing Mississippians whose state or federal Constitutional rights have been threatened by government actions. Rice replaces Shadrack White, who was recently appointed State Auditor of Mississippi by Governor Phil Bryant.

Jon Pritchett, the President and CEO of Mississippi Center for Public Policy, said there may not be a more important public policy initiative then what the Mississippi Justice Institute does every day to allow ordinary Mississippians to pursue their own version of happiness and prosperity.

“When normal citizens experience barriers on the road to prosperity, it is often a barrier placed there by government,” said Pritchett. “Aaron Rice is the kind of person who has never let any obstacle stand in his way. This is why I’m delighted that Aaron is leading our efforts.”

Mike Dawkins, Chairman of the Board of MCPP, said Rice is a skilled litigator who will continue MJI’s mission of pursuing cases that will foster economic liberty and personal freedom in Mississippi.

“Aaron has a vision for the types of cases MJI should pursue and for how we can multiply our efforts through his recruitment and management of volunteer lawyers,” said Dawkins.

Rice said he is thrilled to have the opportunity to lead MJI.

MJI’s activities include direct litigation on behalf of individuals, intervening in cases important to public policy, participating in regulatory and rule making proceedings, and filing amicus, or “friend of the Court,” briefs to offer unique perspectives on significant legal matters in Mississippi and Federal courts.

In a short period of time, MJI has built a reputation as an organization who will fight for Mississippians, whether it is entrepreneurs hoping to start a business, parents looking for a better educational option for their children, or taxpayers wanting to hold government accountable.

“I’ve known Aaron for over a decade and worked with him in the past,” Shadrack White, State Auditor and former Director of MJI, said. “I can say without hesitation that he is a brilliant lawyer and, more importantly, a man of deep conviction, courage, and character. MJI is in good hands. I look forward to seeing the work he will do on behalf of Mississippians in his new position.”

Rice is native of Hattiesburg. After the September 11th terrorist attacks, Rice felt called to serve his country. He joined the Marine Corps and was deployed to Iraq with the 3rd Battalion, 25th Marines; the battalion would go on to suffer the highest number of casualties of any in the Iraq war. He received the Purple Heart for sustaining combat injuries that resulted in the loss of his left leg below the knee.

Upon returning home, Rice earned a degree in political science from Mississippi State University and was awarded the national Truman Scholarship to pursue his graduate studies. He earned his law degree from the University of Mississippi School of Law, where he focused his studies on constitutional law.

Prior to joining the Mississippi Justice Institute, he built his career as a litigation attorney at Butler Snow, a nationally recognized law firm in Mississippi. Rice is a Fellow of the American Board of Trial Advocates (ABOTA) National Trial College at Harvard Law School, and a Graduate of the International Association of Defense Counsel (IADC) Trial Academy at Stanford Law School.

He said his vision is for MJI to fight for ordinary Mississippians who want to do simple things every American has the right to do.

“Things like earning an honest living, keeping what rightfully belongs to them, sending their kids to a good school, and speaking freely about business or politics,” said Rice. “If we are successful, every government body in Mississippi will know: if you overstep your bounds, we will find out about it, and we will stop you.  Every Mississippian will know: if the government is unnecessarily standing in your way, you can fight back, and we can help.”

Rice is a Deacon at Madison Heights Church, PCA. He and his wife, Kelly, live in Madison with their four children, Clark, Griffin, Ramsey, and Miles.

First Responders of Mississippi on @TheJTShow