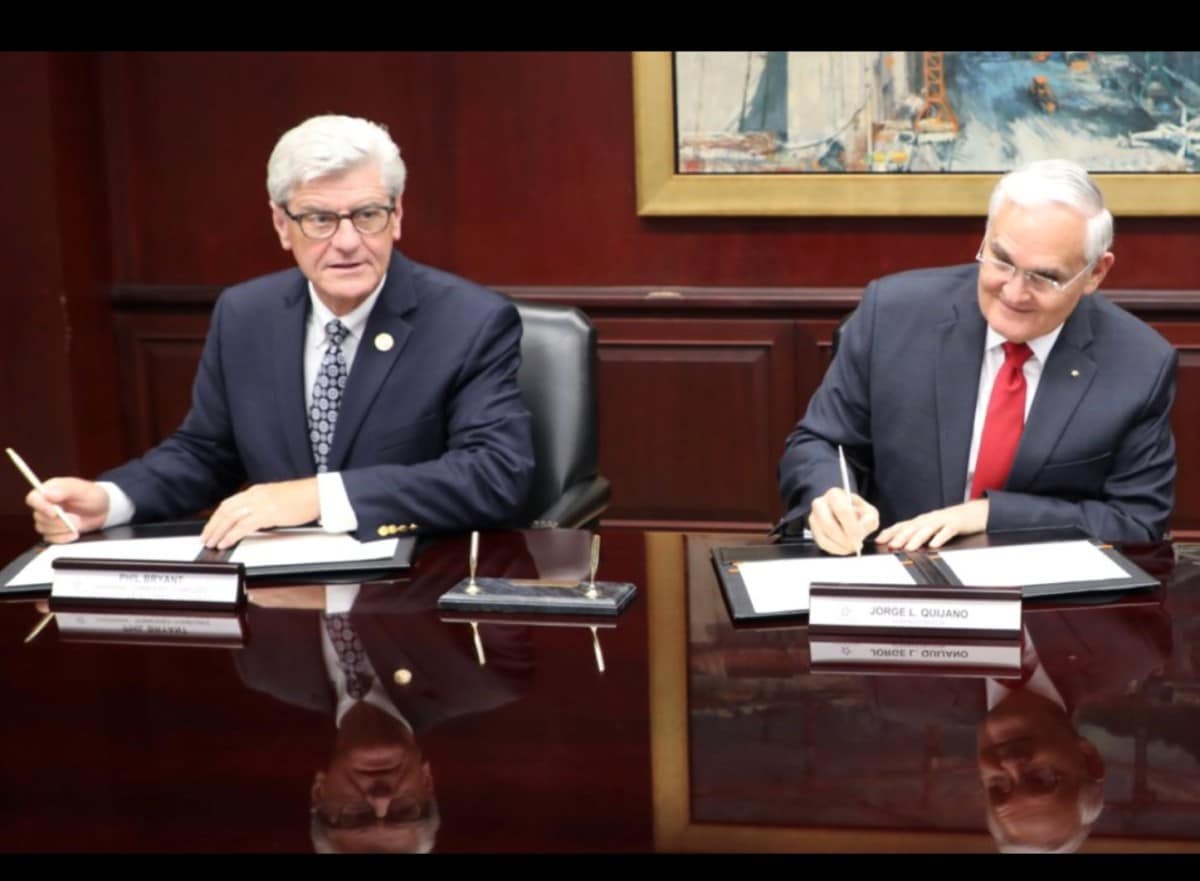 The Panama Canal Authority Administrator, Jorge Luis Quijano, and the Governor of the State of Mississippi and chairman of the Tennessee-Tombigbee Waterway Development Authority board, Phil Bryant, signed the renewal of the agreement, which was first established on 2010.

This alliance of cooperation strengthens international commercial connections and generates new businesses by promoting the sea route between Asia and the mid-southern states of the United States via the Panama Canal. The alliance also strengthens connections and generates new business for the inland navigable waterway system known as the Tennessee-Tombigbee Waterway, which reaches the states of Alabama, Kentucky, Mississippi and Tennessee.

“With this agreement, we shrink distances and reinforce ties. The global supply chain system will become faster and more efficient, and we will bring commercial development to our countries,” said Governor Phil Bryant. “Mississippi is grateful to have the Panama Canal as a partner in our inland waterway.”

The agreement will allow for joint marketing ventures, information sharing and technological interchange.