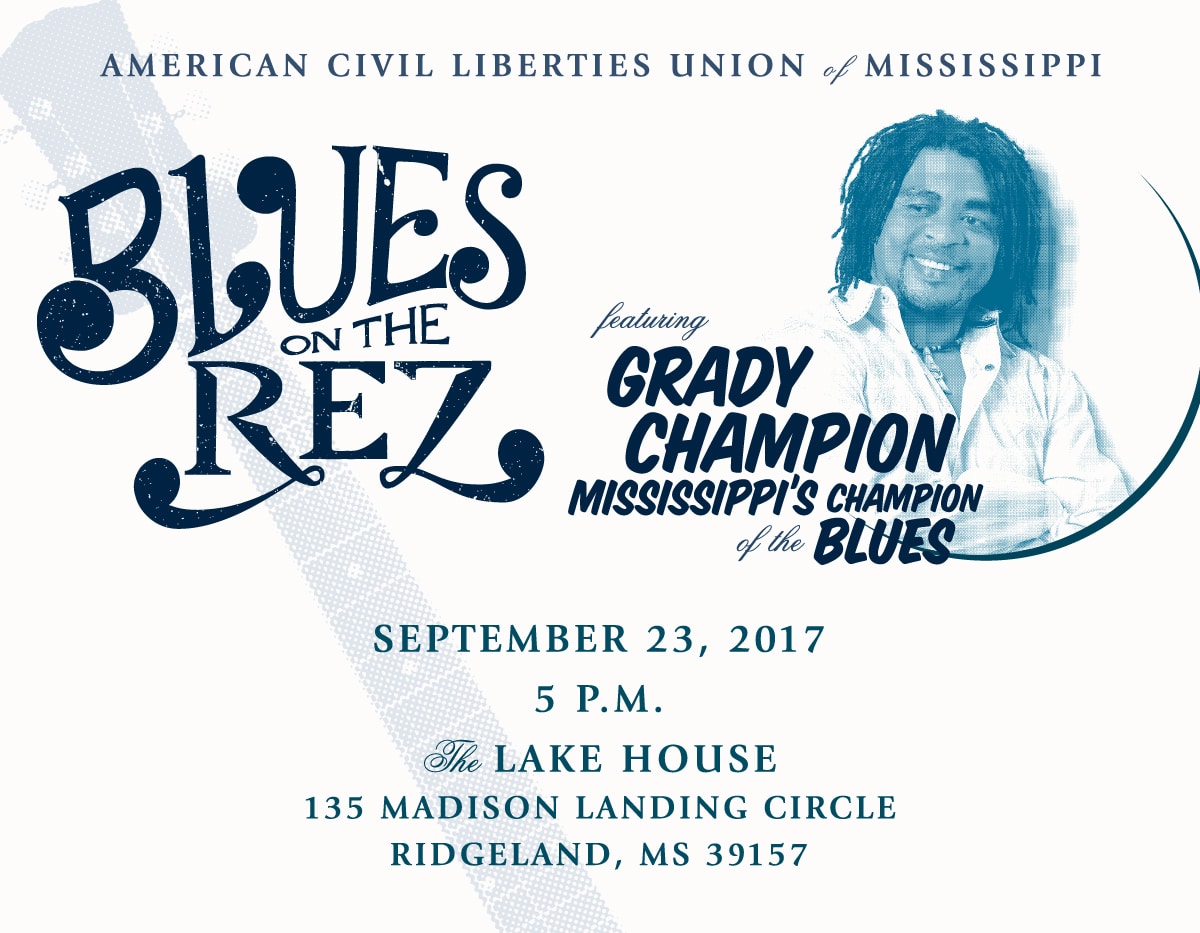 Photo courtesy of the ACLU

The American Civil Liberties Union of Mississippi will recognize seven individuals for their involvement and commitment to justice and equality during the 2017 Blues on the Rez on Saturday, September 23, 2017 at The Lake House (135 Madison Landing Circle, Ridgeland, MS 39157), starting at 5 p.m.

This is a Press Release

Mr. and Mrs. Manning showed us courage to stand against discrimination and racially biased policing in Madison County. Mr. Matar has served as a true defender of freedom of speech and expression by educating Mississippians about the transgender community and the need for policy protections. Mr. Murphy and Ms. Petty are working to disrupt the school to prison pipeline. They have helped to change the entire Sunflower County community’s perception of young men and boys of color. Ms. Schallheim has been a consistent supporter of the ACLU of Mississippi ever since she landed in the Magnolia State. Mr. Singleton, the former Director of Operations and Administration, helped to transform the ACLU of Mississippi into a lead organization in the fight for justice and freedom for all.

“These individuals have shown their commitment to stand in the gap for all Mississippians. Their contributions have significantly advanced our vision to make Mississippi better,” said Jennifer Riley Collins, executive director. “It is our pleasure to acknowledge them for all of their efforts in fighting for our shared values.”

The Blues on the Rez is the ACLU of Mississippi’s premiere event, where we highlight our successes and build momentum to continue to advance our efforts to extend the civil liberties that every Mississippian deserves. Our entertainment for the evening will be Mississippi’s Champion of the Blues Grady Champion, a Grammy Award winning songwriter, entertainer/musician who has been captivating audiences for more than two decades.

Tickets are available for purchase online at www.aclu-ms.org. For more information, please call 601-354-3408.