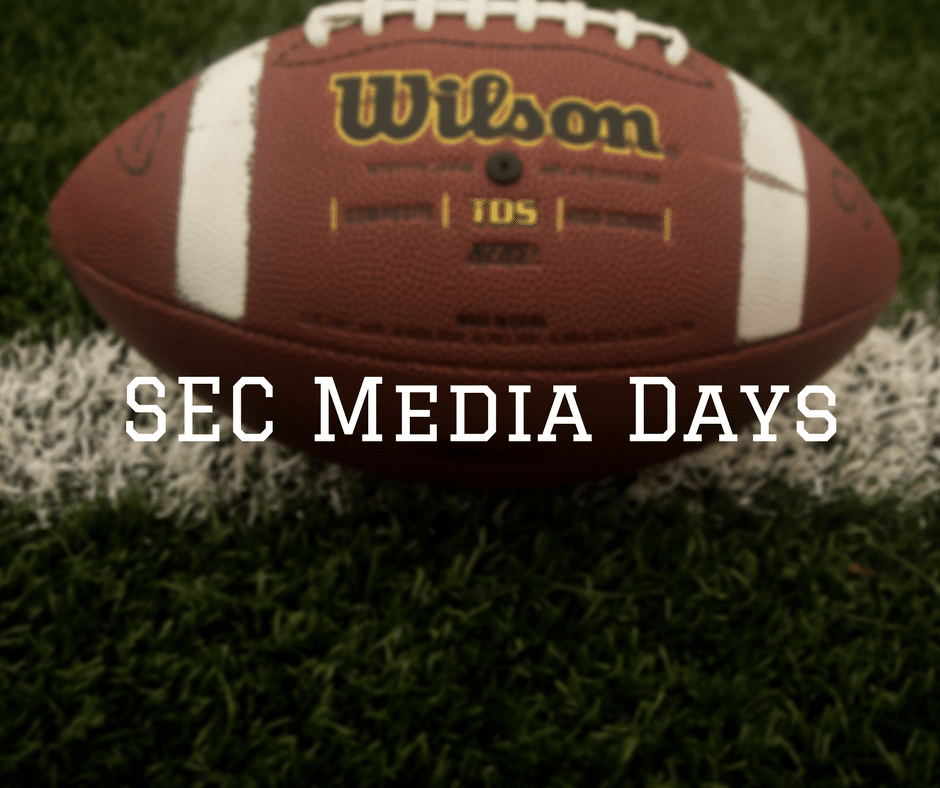 Graphic created by TeleSouth Communications, Inc.
At the 2017 SEC Media Days on Wednesday, University of Alabama Head Coach Nick Saban said he hopes the loss to Clemson in last year’s National Championship game still stings for his returning players. Saban added that he wants to use that failure as a way to improve his team this season by saying “I don’t want to waste a failure.”
In the National Championship game earlier this year, the Clemson Tigers beat the previously undefeated Crimson Tide 35–31 on a go-ahead touchdown with one second left, having come back from a 14–0 deficit earlier in the game.
“What could we have done better?” Saban said at SEC Media Days. “Because everybody’s hurt by the fact that they lost, especially the way we lost that particular game on the last play of the game, but it wasn’t the last play. It’s what led up to the last play.”
Alabama will return several key players on offense, including quarterback Jalen Hurts, Calvin Ridley and what might be the deepest running back group in the nation.
Defensively, players like Minkah Fitzpatrick, Da’Shawn Hand, Rashaan Evans and Shaun Dion Hamilton will try to make Alabama a defensive force once again.
Also appearing at SEC Media Days today were Kentucky, Missouri, and Texas A&M.
Thursday will be the final day of this year’s SEC Media Days with Auburn, Ole Miss and South Carolina taking their turn at the podium.
previous post

USM offering big incentives for students to get vaccinated