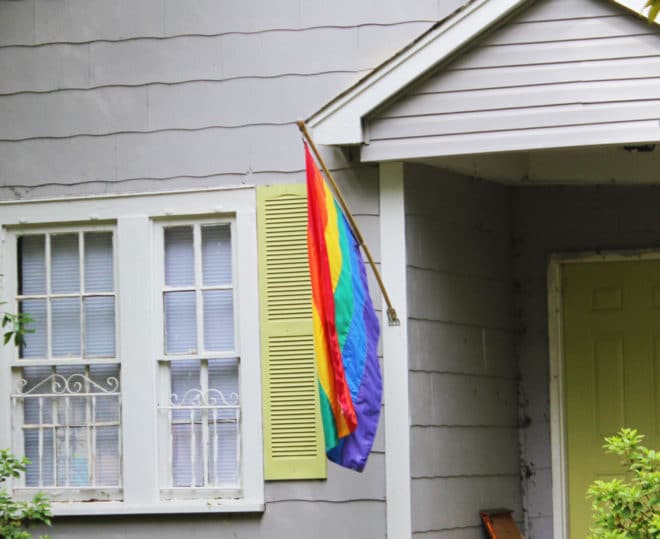 The Campaign for Southern Equality has filed a lawsuit challenging Mississippi’s HB1523 almost a month after going into affect.

Campaign for Southern Equality v. Bryant III was filed with the U.S. Supreme Court, claiming that it is the nation’s most extreme anti-LGBT law.

“No one in this country should have to live their day-to-day life under circumstances in which their own government has officially designated them to be ‘outsiders’ for purposes of state law. Laws like HB 1523 that establish state-sanctioned religious beliefs are exactly what the First Amendment was designed to prohibit,” says Roberta Kaplan, lead counsel for the plaintiffs in Campaign for Southern Equality v. Bryant III. “The founders in their wisdom intended for the protections of the Bill of Rights to have real meaning. By denying standing to a plaintiff like Rev. Susan Hrostowski, a lesbian Episcopal vicar in Hattiesburg, the practical consequences of the Fifth Circuit’s ruling is that there would be no way to challenge a law designating the Southern Baptists faith as the official religions of Mississippi.”

The first preliminary injunction on the bill was issued in June of 2016, that prevented the law from going into effect after being signed by Gov. Bryant. The ruling was later overturned by the 5th Circuit Court of Appeals.

In a related development, Judge Carlton Reeves has also lifted a stay in Campaign for Southern Equality v. Bryant I, the case which struck down Mississippi’s ban on marriage equality. Plaintiffs petitioned the court to do so in order to track which county clerks across the state have sought recusals from issuing marriage licenses under HB 1523. Today, Campaign for Southern Equality began the discovery process to assess whether same-sex couples are being served equally under marriage laws in the state.

“Jesus said the following things: ‘Do unto others as you would have them do unto you,’ ‘Judge not, lest ye be judged,’ and ‘Love one another as I have loved you.’ HB 1523 does not stand for any of these virtues and it deeply offends my religious convictions and beliefs,” says Rev. Dr. Susan Hrostowski, a plaintiff in the case.

“HB 1523 is a reckless law designed with only one purpose – to discriminate against LGBT people in Mississippi. We will continue to fight this law in federal courts and to stand with the LGBT community across Mississippi,” says Rev. Jasmine Beach-Ferrara, Executive Director of the Campaign for Southern Equality.

HB1523, or the Religious Accommodations Act was passed by the Mississippi Legislature and signed into law by Governor Phil Bryant in April of 2016. It enables officials and service providers like doctors and store owners to refuse themselves from serving LGBT people based on three specific religious beliefs about gay marriage, transgender people, and sex before marriage.

Mississippi is home to 60,000 LGBT adults and an estimated 11,400 transgender youth and adults, according to 2016 data published by the Williams Institute at the U.C.L.A. School of Law. The state is also home to 3,500 same-sex couples, 29 percent of whom are raising children—the highest rate in the nation.