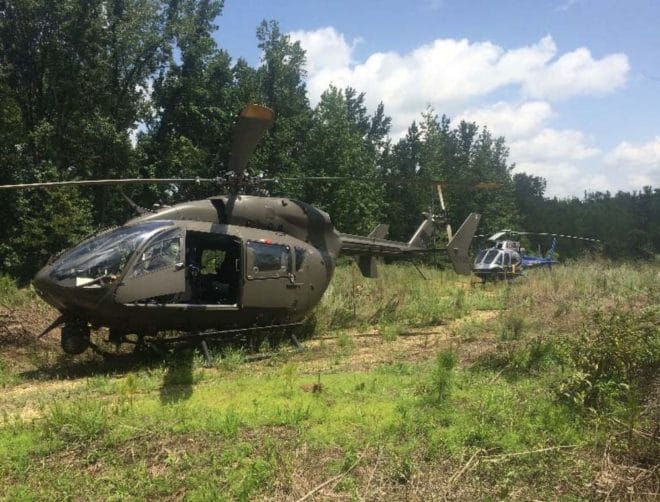 Secretary of the Army Dr. Mark T. Esper accepted the National Commission on the Future of the Army recommendation to retain four Attack-Reconnaissance Battalions of 18 aircraft each in the Army National Guard, including AH-64 Apache Helicopters for the Tupelo-based company.

“The decision puts to rest the misguided plan to remove the Apache helicopters from the Mississippi National Guard,” said U.S. Senator Thad Cochran, chairman of the Senate Appropriations Committee and its Subcommittee on Defense. “The Alpha Company will continue to be well equipped and ready to meet our national security missions. I appreciate the work Secretary Esper and General Joseph Lengyel, Chief of the National Guard Bureau, put into reaching this good conclusion.”

The Mississippi congressional delegation has worked through the authorizing and appropriations processes to protect the Apache helicopter unit after former President Obama in 2014 recommended disestablishing the unit as part of a U.S. Army active-duty and reserve components restructuring.

“Secretary Esper and the Army are right to keep the Apache helicopters in the hands of our talented Army National Guardsmen in Tupelo and at other sites around the country,” U.S. Senator Roger Wicker said.  “The Army has invested millions in developing the capabilities of its U.S.-based Apache missions, and it would have been senseless to eliminate them.  I am glad our troops can continue their seamless defense operations both here at home and in support of missions abroad.”

Congressman Trent Kelly thanked the Secretary of the Army along with those who were involved in making the decision.

“The Mississippi AH-64 (Apache) Company has an established history of excellence and some of the best-trained pilots, flight teams and maintenance teams in the nation,” said Kelly. “Maintaining this detachment is cost-effective and vital to meeting the readiness levels of the Army.  Getting accurate information to those involved in this decision was a collaborative effort of our delegation and the leadership of the Mississippi National Guard, and I am proud of our working relationship.”

Congressman Gregg Harper added that he was pleased with the decision to keep the Apache helicopters in the Mississippi National Guard.

“This announcement speaks volumes about the capabilities and effectiveness of the men and women who serve in our armed forces,” Harper said. “I appreciate the hard work and commitment of our delegation, our Governor, and the Mississippi Military community in making this a reality.”

While each of the Senators and Representatives were excited for and supported the decision, Congressman Palazzo said he has a personal connection to the Mississippi Guard.

“As a Mississippi Guardsman and having worked on this effort in Congress, I’m pleased to see that Mississippi was selected to retain their Apaches during this realignment,” Palazzo said. “This decision serves as proof that the Mississippi National Guard and their leadership are second to none.  The soldiers and pilots that go to work every day as representatives of their state and their country should be proud of their hard work. I’d also like to thank Mississippi Adjutant General, Major General Boyles and Chief of the National Guard Bureau, General Lengyel for their leadership on this matter.”

Governor Phil Bryant added that the decision to keep the Apache helicopters in Tupelo was the right one.

“I am grateful to Secretary Nesper for accepting the recommendation to retain this battalion of Apache helicopters that includes service members based in Tupelo. The Mississippi National Guard has always stood ready to do our part to protect our freedom at home and abroad,” Bryant said.

The decision to retain the four battalions of Apache aircraft was based on maintaining readiness levels.  The selected battalions are stationed in Utah, North Carolina, South Carolina, and Texas with a company detachment in Mississippi.

State Opioid Treatment Authority On Mary Wieden and You