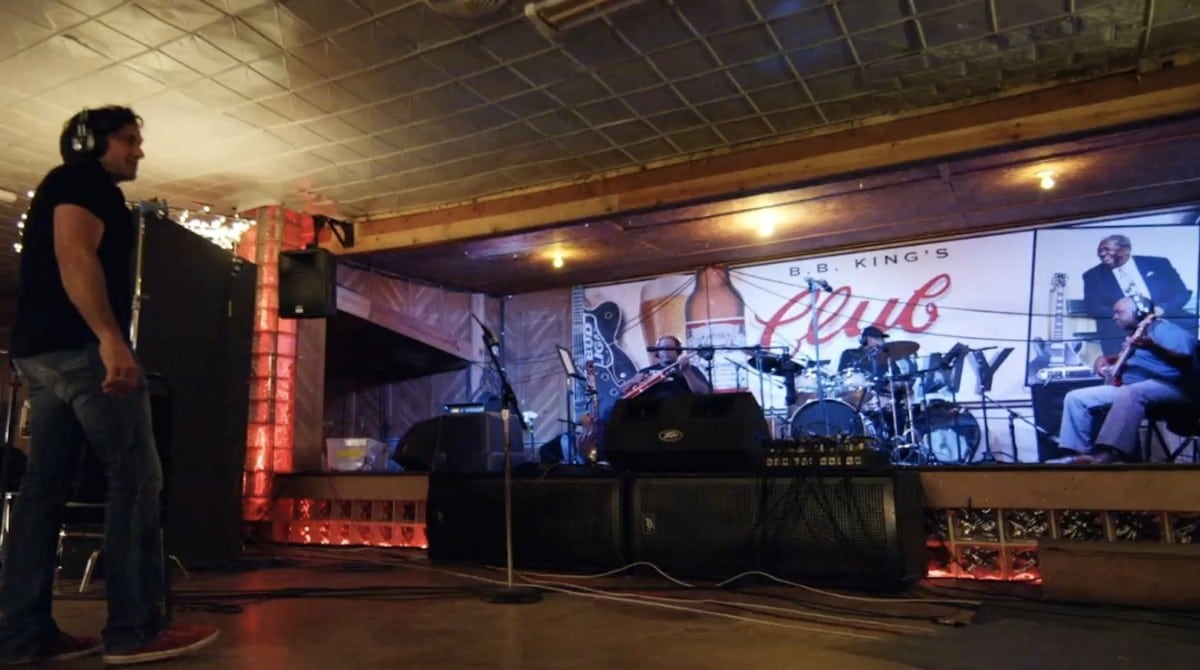 When Steve Azar returned to Mississippi, he came back to get in touch with his musical roots and give his a family a chance to see what his home state has to offer. Showcasing those roots, his new album, ‘Down at the Liquor Store’, is accompanied by a feature-length documentary capturing the process of recording the album in the Mississippi Delta where he was born.

Featured on the subscription service Stingray-Quello, the documentary – ‘Something in the Water’ – follows along as Steve Azar & The Kings Men record the album which is named in honor of Azar’s dad’s liquor store from when he was a child.

It had been several years since Azar recorded a full album after recording several tracks for movies, and the single for the 2015 FIS Alpine World Ski Championships, but after headlining several Blues Festivals, he knew it was time to get back to his songwriting ways and get back in the studio. The question then became, where to record, and who to record with?

His answer came after he was asked to headline the first B.B. King Blues Festival after the blues legend had passed away. Two years later, he and his band recorded the new album inside of Club Ebony, where King’s legendary music was heard live by so many. As for the members of the band, Azar assembled a group of musicians who played alongside Elvis, B.B. King and many more.

The song-writing and recording process is a complicated one, and Azar noted that you’ll get to see all that it entails in the new documentary.

“You’re going to hear their stories, the times with Elvis, and B.B. You’re going to get their whole backstory and at the same time, you’ll get a whole lot of Mississippi and Delta culture. Then, you’ll see 7 or 8 songs being created while we all get to know each other and become brothers to make a record,” Azar said.

When it came to recording the music, a studio had to be built inside of the club, and the musician tipped his cap to his engineer for being able to accomplish that very task. As for the styles of music blending together, Azar, who also produced the record, said that he wanted to get out of the way and let the music speak for itself.

“The blues players were so worried that they had to follow my lead, but I said ‘no, I want you to do what you do best. We’re going to stir the pot with all of these ingredients, and let’s see what comes out’,” he said.

Azar mentioned that the sounds of the Delta made their way into the music. Whether it’s birds chirping or a man mowing his lawn every day, Azar said that he wouldn’t have wanted it any other way.

Recording inside of the club that opened in the 1940s gave the album a historical backdrop that Azar and his band were eager to incorporate. While recording over the 5-day span, he said that they could feel the history within the legendary club.

In an effort to capture some of the nostalgic energy in the room, they used vintage equipment complete with “room mics” to give listeners the full effect.

When Azar returned to Mississippi, it was about music, but above all else, it was about family. Tying that all in, the documentary was shot by none other than Steve’s son, Strack. As a father and the star of the film, Steve was proud to share this experience with one of his sons.

Azar was a fixture of the bicentennial celebrations across the state of Mississippi in 2017, serves as the Music Ambassador of the state, and as a Greenwood native, he’s just happy to give back to his home.

“If you can make a difference in the place that you grew up, then I think that’s the ultimate reward,” he said.

Click here to watch the documentary – ‘Something in the Water’

Young adults with disabilities SEARCH for the right job at UMMC