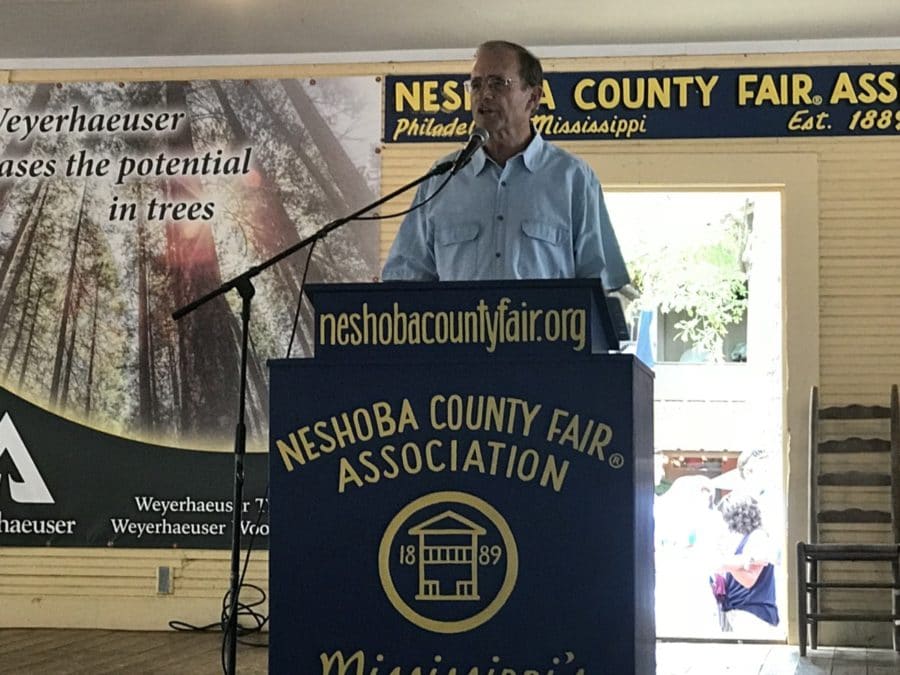 The Neshoba County fair has come and gone this year, but the political analysis is far from over. During speeches at the fair, many saw what they believed to be a preview of the 2019 Gubernatorial race. While it has been widely speculated that Democrat Attorney General Jim Hood and Republican Lieutenant Governor Tate Reeves will be the front-runners in the race, there could be a few surprises.

Secretary of State Delbert Hosemann has served in his current position since 2008 and while some believe he is eyeing the position of Lieutenant Governor he has yet to make any commitment to running in that race.

“At the Neshoba County Fair, you’re supposed to make some sort of announcement… I’ve done everything you hired me to do, and I’m proud of that, so I’m going to tell you that I am not going to be running for Secretary of State again,” Hosemann said to a booing crowd who quickly started cheering. “But, I will be a little bit higher on the ballot.”

So, the question must be asked, when he says higher office, does Hosemann plan to run for Governor? According to a Millsaps College, Chism Strategies State of the State poll from January 2018, Delbert Hosemann was the most popular elected official the poll asked voters about.

If Hosemann decides to run for the position of Governor in 2019, this would give Republican voters the choice between Reeves and Hoseman. In another Millsaps-Chism poll from April of this year, results show that voters had varying opinions of the Lt. Governor.

In an earlier poll taken in September 2017, voters were asked about a potential match-up between Republican Tate Reeves and Democrat Jim Hood. 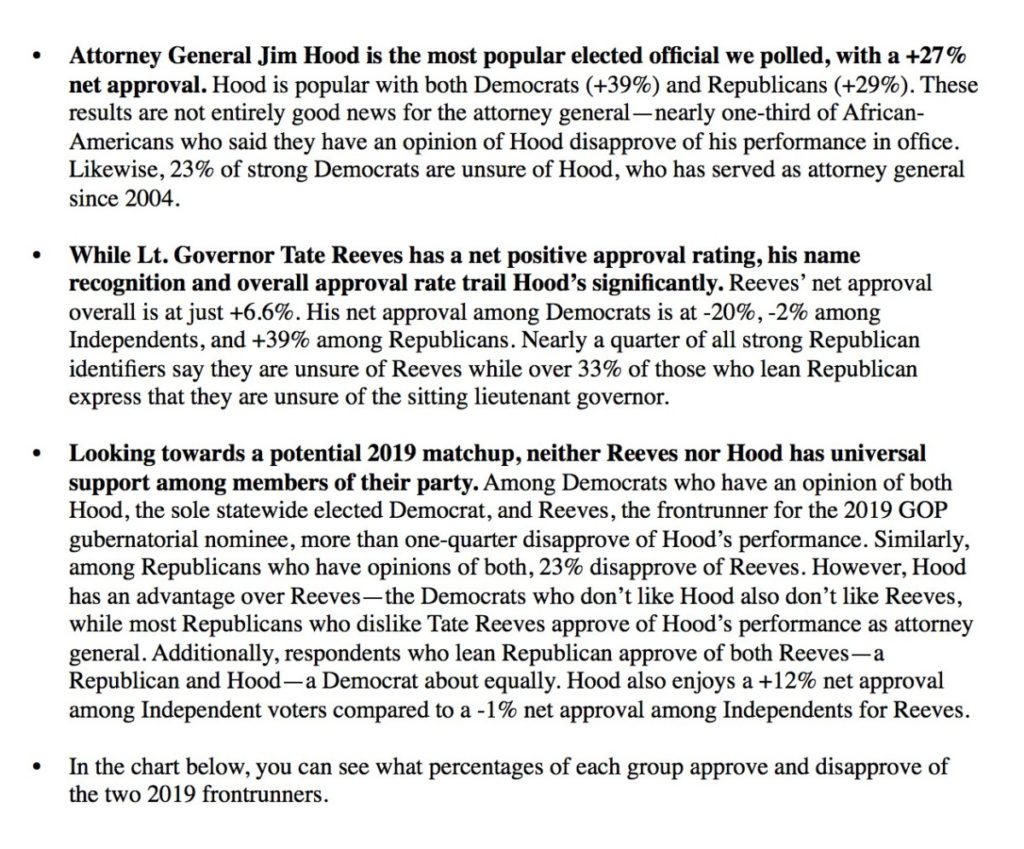